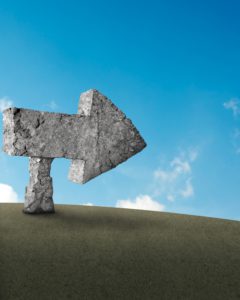 In collaboration with the researchers of SMR group – steel & metals market intelligence, Centro Inox has published a report about the trend of the stainless steel situation in the country and in europe, showing how from 2014 to 2015 both provisioning sources and customer companies have changed.

Centro Inox, the association with headquarters in Milan that since 1962 has taken care of the study and the development of stainless steel applications, has published the data concerning the trend of the European and Italian markets, processed with the contribution by Smr Group experts. The body that is part of both the European Association for the development of stainless steels Euro Inox and Issf (International stainless steel forum) has specifically considered the sector behaviour from 2014 to 2015, then focusing on specific product classes. Concerning the imports of long products, they have noticed that the total of 217,000 tons landed in our Country in 2015 has generally the plate of other EU States. On the top France, with 63,500 tons, then followed by Spain with slightly more than 52,000.

India made scarcely significant strides in percentage, addressing into the Peninsula 27,800 overall tons of stainless steel, with the 1% rise, while the supplies from Korea and Taiwan diminished. In the first case, the downturn is by 58% and in the second by 8%. While in the last biennium Germany, fourth supplier of tricolour companies, scored the 2% growth of loads (growing from 12,600 to 12,900 tons), China was Instead protagonist of a neat rearing. Still relatively scarcely significant amounts of material come from Beijing – 12,400 tons last year and around 10,000 in 2014 – but the trend, +23% in the period, confirms the legitimacy of Smr’s comments on the matter: «India is growing but the People’s Republic is slowly gaining ground». Fully different is the outline concerning the import of flat products: from 2014 to 2015, we witnessed the drop of the deliveries by China (from 196,800 to 52,800 tons, i.e. 73% less) and by Taiwan, which exported to Italy only 40,000 tons against 73,600 in 2014 (-48%). Steeply rising, as underlined by Centro Inox and by Smr Group, the purchases from South Korea, which grow from 67,100 to 102,100 tons (52% more), transforming Seoul into our first partner under all respects. Belgium, Holland and France follow in the ranking, with their respective +30, +31 and +11%. Notable also the Swedish performance (+36% at 50.3 million tons); whereas Finland misfires (-21%), where is headquartered Outokumpu, first company in Europe In terms of 2014 turnover: 9 billion dollars.

The domestic sector strives hard, pharmaceutical and food industry grow
In collaboration with Assofermet, the national association of the trading, distribution and pre-processing companies of iron and steel products, Centro Inox presented an insight of the Italian field of stainless steels and of the most common use destinations of the material. If we consider flat, long, hot- and cold-rolled parts, in Italy we use austenitic steels by 70-75%, ferritic steels by 15-20% and martensitic ones by 5-7%, while the range is completed by about 2% of duplex. The tricolour panorama is composed by 75% by flat products while the remaining part consists of long ones, with a growth trend of the apparent consumption that, after reaching its record peak in 2005 with 1.8 million tons, has weakened. 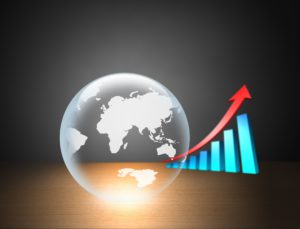 apparent per capita consumptions of stainless steels reached their maximum values, with an average of 30 kilos per person compared with the 25 surveyed just last year. Chemical and petrochemical (19%), household appliances and objects (16%) and collective catering (12%) are the industry segments that absorb the majority of stainless steel needs. However, the second ones, together with the building industry, are among those that more seriously suffered from the recent crisis, in contrast with the satisfactory performance achieved by pharmaceutical and cosmetics, transports and food industry. More in detail, starting from the latter, the confectionery industry’s and mineral water industry’s demand grew.

In transports, lively was the demand by the manufacturers of endothermic motor components, accessories and unloading systems. In the pharmaceutical field, which is worth 6% of the global turnover, a positive sign is reached by all main product categories that use stainless steels: plants for phytotherapeutic products, for nutraceutical, supplements and sterilization. The needs of mixer systems and of components and furniture for sterile environments have grown, too. Overall, Centro Inox has not foreseen relevant variations of the total apparent

consumptions in the next biennium and has instead forecast the success of the made in Italy of the processors of finished or semi-finished products with high specialization level. Finally, it has expressed positive opinions about the future of those national enterprises whose exports are worth from 35 to 75% of yearly turnovers.