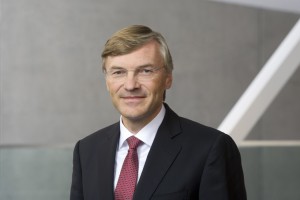 In the first half of 2015, the MAHLE Group achieved sales of EUR 5.53 billion, growing by 12.5 percent compared with the same period in the previous year. At EUR 324.5 million, earnings before interest and taxes (EBIT) are also 17.2 percent above the previous year’s value. The EBIT margin rose to 5.9 percent. “This half-year result has exceeded our own expectations. We need to bear in mind that the high exchange rate effects have had a positive impact on our business,” says Wolf-Henning Scheider, Chairman of the Management Board and CEO.

For the year as a whole, MAHLE anticipates an overall growth of about 15 percent, amounting to approximately EUR 11.4 to 11.6 billion.

During the first half of the year, MAHLE has grown in all business segments and regions except in South America.
There is little momentum in the European vehicle market, where MAHLE currently generates around 51 percent of total sales. While the Italian and Spanish markets are showing clear signs of recovery, they cannot compensate the strong decline in eastern Europe and Russia in particular (minus 26 percent).

The development in North America was particularly pleasing. MAHLE increased sales by around 19 percent in the first half of 2015, and generates approximately 24 percent of group sales in this market. Production of medium-weight and heavy-duty commercial vehicles has even achieved a plus of 8.5 percent. A few weeks ago, MAHLE commissioned two new Mexican locations in Ramos Arizpe and Celaya, where air conditioning modules and air cleaner systems for the markets in North and South America are manufactured. By end of 2015, MAHLE will have more than 8,000 employees at ten locations in Mexico.

The Asian market has clearly lost momentum. Nevertheless, MAHLE was able to counteract the trend and increase sales by over 22 percent. While the decline in commercial vehicle production was particularly noticeable in China, the Indian market has recovered significantly in this segment. The company was already able to record great success in recent weeks. Over the next few years, MAHLE will be supplying a major local manufacturer in China with cooling modules for two families of gasoline turbocharged engines.

Development remains difficult in the Latin American market, where MAHLE currently only generates around six percent of total sales. Nonetheless, the group performed well although vehicle production in the region is expected to shrink by around 16 percent this year. “South America still remains a market with great potential, even though the current situation is extremely difficult. It would therefore be a mistake to write off this region,” emphasizes Scheider.

Overall, the negative developments in the key regions of the world are having a dampening effect on global vehicle production. As a result, we are only expecting a subdued increase of 1.7 percent to about 89 million units, which still corresponds to a new all-time high in vehicle production.

As at June 30, MAHLE employed approximately 67,000 people at 170 locations worldwide—5.5 percent more than at the same time in the previous year.