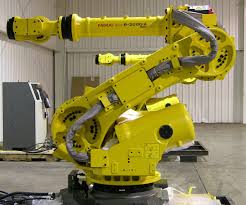 As the next generation of Chinese workers will look for better work outside of the manufacturing sector, robots will have to take on a bigger role in the assembly line. Many of those robots deployed on Chinese factory floors will be foreign-made though, according to Reuters. Despite government efforts to push the country’s robotics industry forward, foreign robot manufacturers still have a significant lead in the market for manufacturing robots in China. Foreign companies built 41,000 of the 56,000 industrial robots currently deployed in China, according to statistics from the International Federation of Robotics cited by Reuters.

Many foreign robot makers in Europe, Japan, and elsewhere hold a significant technological advantage over Chinese robotics firms. The Chinese government has provided subsidies for hundreds of new robotics startups in China, but these startups are struggling to compete with foreign robotics companies that have simply been around longer, and have more well-developed technology and supply chains.

Domestic robotics companies in China hope to catch up technologically with their foreign competitors over the next few years. But Chinese manufacturers like Foxconn are already demanding industrial robots, so foreign competitors will likely enjoy fast growth in China as the domestic robotics industry tries to catch up. BI Intelligence expects that more than 250,000 industrial robots will be shipped globally next year.