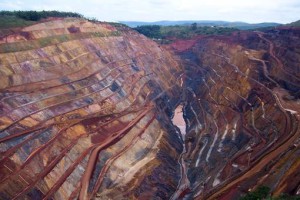 The Foreign Trade Board (CAMEX),  a Brazilian federal government’s policy making agency, has comunicated import taxes cutting of 14% and 16% to 2% until the end of 2014, for 193 items of industrial machinery and equipment which are not produced in Brazil. The aim of the temporarily new measure is to encourage investment, increase technological innovation and create jobs in different industries.
The Foreign Trade Board published the CAMEX Resolution No. 46/2013, with the list of 182 ex-tariffs for capital goods and CAMEX Resolution No. 45/2013, with 11 new ex-tariff goods for IT and telecommunications.

Publishing these new resolutions the number of ex-tariff granted this year reaches 1,710.  The Mercosur trade bloc’s “TEC” common external tariff allows Import tax reductions on some goods in Brazil as an exception to when similar goods are not produced locally.

The main sectors that might benefit from these new rules are construction, telecommunications, services, food , mining, and automotive. Equipment from these items is mainly from China, the U.S., Italy, Germany and the Netherlands. The agency mentioned four specific projects  which could benefit from these temporarily tax reductions: a cement industry project in Paraná, with first production capacity of 750 tonnes of Portland cement; investment in a Smartphone manufacturing facility in São Paulo, 1 million units per month; Oil & Gas industry in Rio de Janeiro; and processing and export of iron ore in Minas Gerais.