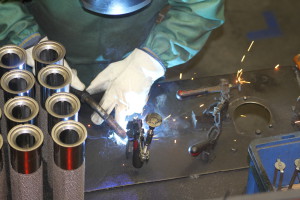 JBE Inc. is expanding into Hanahan, South Carolina, United States, creating 20 new jobs to better serve its customers. Supplier to the automotive, aerospace and industrial electrical industries, including Boeing and Cummins, JBE Inc. plans to grow its aerospace work and be able to serve its customers better through the Port of Charleston at the Berkeley County site at 5801 N. Rhett Ave.

The 100,000-square-foot space, acquired by the company in February, will initially be used as a warehouse to serve Boeing and Cummins, said Jerry Ellison, president and CEO of JBE. Later on it will be some subassembly and light manufacturing, Ellison said. The proximity to the port and two of its major customers, Boeing and Cummins, played heavily in the decision to locate in the Charleston area, he said. Boeing makes parts for and assembles the 787 Dreamliner in North Charleston. Cummins is an automotive supplier with facilities in the Charleston area. The Hanahan site once housed Blackhawk, another warehouser.

Established in 1982 as a family-owned business in Hartsville, JBE Inc. has 55 employees and is among only a handful of minority-owned companies on the East Coast to hold a Foreign Trade Zone designation. The company out of Darlington County serves a variety of industries in a subassembly and manufacturing capacity. Besides Boeing and Cummins, those served include Otis Elevator, Honda, Sonoco, Hengst and ABB. The company operates a 200,000-square-foot facility in Hartsville and a 32,000-square-foot operation in Pell City, Ala. State officials hailed the expansion as another example of a home-grown company on the move.

JBE was born right here in South Carolina, and they continue to find success and create jobs serving key industries in our state, said state Commerce Secretary Bobby Hitt. The Charleston Regional Development Alliance, the S.C. Department of Commerce, Berkeley County and Hanahan officials helped with the company’s expansion. The company has already hired some workers at the site, but Ellison said it will continue to seek applications to form a pool of resumes to pull from as it continues to expand.