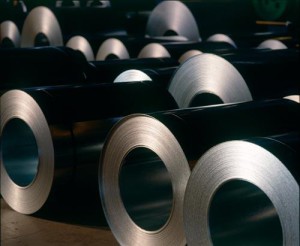 Year 2014 is expected to be a “transition year” for the steel industry with all major steel-consuming countries expected to log positive growth, according to Industry Outlook. This will also be the first time since 2006 when the growth rate in China will be outpaced by growth elsewhere. As China transitions to a services and consumer-driven economic growth mode, national mandates to rationalize capacity will affect supply. Meanwhile, global steel supply and demand will grow in tandem with economic recovery around the world.

In the long term, as urban population increases worldwide, so will the need for steel to build skyscrapers and public-transport infrastructure. Emerging economies will also continue to be a major driver of demand due to the huge amount of steel required for urbanization and industrialization. The demand for steel is thus expected to remain strong in the years to come.

World crude steel production was 1,607 Mt in 2013, reflecting a 3.5% annual climb, led by increases in Asia and the Middle East that helped counter the declines elsewhere. China was once again the leading producer of steel, contributing a record 48.6% of the global output, followed by Japan, United States and India. Fourth-quarter production in Europe rebounded with the first positive year-over-year movement since the fourth quarter of 2011. This was in contrast to the decline in production seen all through the year.

The steel industry started 2014 on a weak footing with a 0.4% decline in production in January, dragged down by China due to soft industrial activities during the Chinese Lunar New Year holidays. The industry soon regained its ground, as production picked up in China and India. Gains in the European Union, thanks to a recovery in steel demand in the region, coupled with a strong rise in the Middle East also contributed to the uptrend.

Per the latest data available from the World Steel Association, global steel production has increased 2.2% to 668 Mt in the first 5 months of 2014. China has churned out 50% of the total, growing 2.7% over the same time frame. Production in the European Union rose 4.6% to 70 Mt. United States held the third spot with production climbing 1.5% to 49 Mt. Japan nudged up 1.5% to 45 Mt, slipping from its second position as a recent increase in sales tax by the government hurt demand in the country. India moved up 1.9% to reach 34 Mt.