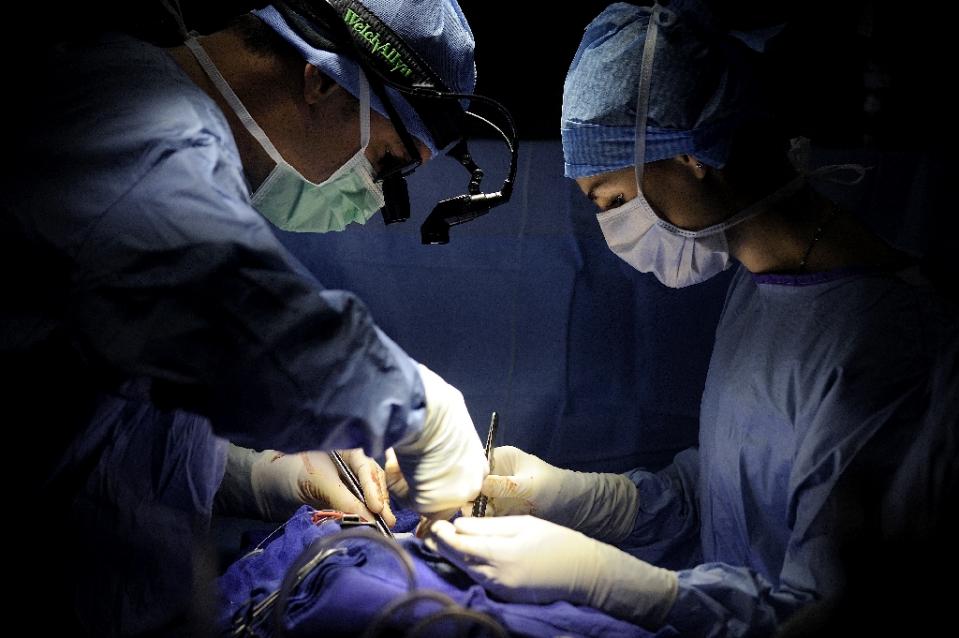 Italian scientists devised a prototype arm inspired by the octopus that may one day lead to minimally-invasive robotic surgery. Like the octopus’ limb, the slender remote-controlled gadget can extend and bend and be either soft or rigid, the goal being to enable surgery in the abdomen and other cramped parts of the body. The arm would be able to slither between soft organs or gently hold them to one side while a miniature tool kit in its tip carries out the operation, the inventors hope.

“The human body represents a highly challenging and non-structured environment, where the capabilities of the octopus can provide several advantages with respect to traditional surgical tools,” explained Tommaso Ranzani of the BioRobotics Institute in Pontedera, central Italy. “Generally, the octopus has no rigid structures and can thus adapt the shape of its body to its environment.  “Taking advantage of the lack of rigid skeletal support, the eight highly flexible and long arms can twist, change their length, or bend in any direction at any point along the arm.”

The prototype, designed to prove the concept of flexing and stiffening in man-made materials, is described in a British scientific journal, Bioinspiration and Biomimetics. It comprises a 32-millimetre (1.25-inch) -wide silicon tube with inflatable cylindrical chambers inside. By varying or combining the inflation of the chambers, the tube can be made to bend to up to 255 degrees and stretch to up to 62 percent of its initial length.

To stiffen the tube, the scientists inserted a plastic core filled with light granules. When air is sucked from the core, it becomes rigid, and the tube’s stiffness can be doubled. The arm has been put through its paces, manipulating water-filled balloons to represent body organs in the abdominal cavity. “Traditional surgical tasks often require the use of multiple specialised instruments such as graspers, retracters, vision systems and dissectors to carry out a single procedure,” Ranzani said in a press release. “We believe our device is the first step to creating an instrument that is able to perform all of these tasks, as well as reach remote areas of the body and safely support organs around the target site.”

Several other teams are working on manipulators inspired by octopus limbs, elephant trunks and snakes, including Harvard University and the Massachusetts Institute of Technology (MIT). So-called “soft robotics” that are able to flex and stiffen would have an advantage over hard materials in environments that are delicate, complex or unpredictable. Potential uses include disaster and accident relief — providing support for victims in crushed cars or collapsed buildings.