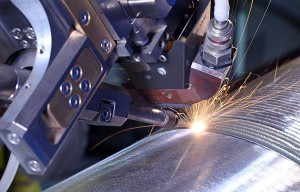 Germany
Now as before, there is a high level of laser installations. In the first two months of the year, incoming orders proved a little more subdued, but now the project situation has improved. This trend is being powered above all by exports, although the domestic demand continues to ail slightly.

Great Britain
Last year’s growth in the producing industries is continuing with the contribution of laser technologies.

Italy
The situation presented by Italy’s national economy is very uncertain. Despite healthy incoming orders for laser technology in the second half of last year, the outlook over the next twelve months is full of uncertainty.

France
The losses incurred by the emigrating industry in recent years cannot be offset. This downward trend, however, appears to have stopped for the time being.

Spain
The good economic activity of automaking can also be felt in Spain, above all in the supplier industry. Laser technology participates in this directly.

Turkey
The producing industries in Turkey are continuing their development. The growths recorded by the passenger car and bus sectors have not lost their strength. There is growing expertise in the application of laser processes.

Scandinavia
These countries in Northern Europe show a stable development with good growth.

Eastern Europe
The Ukraine crisis has had huge repercussions. Virtually no investments are being made in Russia. Despite the slight uncertainty in the other Eastern European countries, they are still recording good growth, e.g. Poland, the Czech Republic, Hungary, and Slovakia.

USA
Laser source development
Diode laser sources with very high beam qualities of 4 to 8 mm mrad vie with the established fibre and disc lasers on e.g. the cutting segments.
Diode laser sources with modified beam qualities of 20 to 100 mm mrad are used in the welding and surface treatment segments. These laser sources are based on simple optical arrangements of the diode laser and therefore cost less.
Low-cost diode lasers with outputs up to 40 kW were launched in 2014, a higher performance category that is now opening up new fields for surface treatment.
The three technologies of direct diode laser, fibre laser, and disc laser are direct competitors for many welding applications requiring more than 1 kW of laser power. All three technologies fulfil the requirements for these applications in many cases.
Surface applications like hardening and coating often make use of diode lasers.

Application trends
On the application side, we can safely name new laser cutting technologies for so-called “brittle materials” as one of the major, high potential trends in Asia. A new patented method is based, for example, on a laser filamentation process and uses ultrashort laser pulses with specially optimised properties that can make zero-width cuts in brittle and transparent materials in an extremely fast, residue-free process. This method dramatically reduces machining times, yields improved cut edges, and raises productivity in series production, and so is a significant technological breakthrough. In our view, this is the most advanced method on the market for superseding mechanical processes. Particularly in Asia, this will be instrumental in opening the door to a wide field of applications. The bandwidth of potential applications includes smartphones; computer and tablet displays; LEDs and other microelectronic componentry; glass substrates for integrated circuits; optics; watches; architectural and household glazing; and medical equipment. We already see great interest in this method in China, Taiwan, and Japan.

Another example of an extremely innovative application with great potential in Asia is the manufacture of modern, flexible and so-called OLED displays. Here, laser light is used for the photo-thermal lift-off (LLO) of various layers from the display material. UV solid-state lasers have proved to be reliable and cost-effective manufacturing tools for this process. The development of these displays follows the trend towards ever lighter and smaller, yet more flexible terminals in consumer electronics. Flexible displays are used, for instance, in the next smartphone and tablet generation as well as other electronic devices.

In a nutshell, we can claim that the last decade has seen Asia also evolve into the most important market for the laser industry, specifically as a result of the economic trend in China. The German laser industry recognised this trend at an early point and has made the corresponding investments in Asia, laying the foundation for successful business.

Despite China’s “announced”, reduced gross domestic product, we may assume continued growth for laser applications, whereby the constant rise in the number of local laser manufacturers will make the competition even more interesting, yet more of a challenge as well.