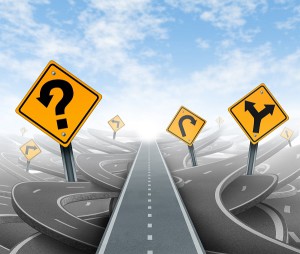 Are CO2 sources on the irreversible decline, indeed?

Those who had the opportunity of being present first in Hannover for EuroBLECH 2014 and then, in November, in Atlanta for Fabtech 2014, the two primary exhibitions of the western world for laser machines for machining processes, have easily come to the conclusion that nowadays the race in the world of these systems is driven by fibre laser sources, whereas we are apparently living way out of conventional CO2 ones, which have so notably contributed in the laser technology development in the last 30 years.
A survey about the international manufacturers of laser cutting systems for 2D sheet metal has highlighted that the decision of taking part in trade fairs using fibre sources in their machines was mainly due to the compliance with the trend based on the energy saving connected with the fibre laser use, instead of springing from precise technological reasons.

Analysing other laser machining processes
The sheet metal laser cutting proves to be (according to the estimates by Strategies Unlimited for 2015) 75.3% of the so-called “macro” machining (with laser powers exceeding or equal to 1 kW) and in the latter, in its turn, the metal laser cutting represents 62.5% of the total. This implies that until now we have talked about the situation involving 47% of laser machining operations, a relevant value from which we can already draw some conclusions. These operations are expected to constitute for 2015 respectively 22.9% and 13.4% of all industrial laser machining. In these two sectors, the use of CO2 laser respectively represents 28% of the total (against 34.6% of fibre sources) and 37.8% (against 39.3% of fibre lasers). Analysing the complete picture of laser machining, the use of CO2 sources, even stating again that it is, as just seen, in slow decrease, is still important and then we cannot affirm that it is declining.

Safety problems
The worst conditions concerning safety are not connected with the wavelength of the sources used but instead with their nature or emitted intensity. It is necessary to be very clear on this issue, following the indications by Mr. Holt, mentioned before: «Even if regulations establish that the sources with 2 μm wavelength are intrinsically safe for eyes, we must consider that, owing to the high power densities needed for the applications involved, we must take into account all cautions provided for, we must consider that they had been foreseen only in view of the use of these sources in water». Interesting indications that, together with the previous ones, should make us to ponder on how to address laser applications, apart from the indications deriving from sector exhibitions.
The analysis points out two different conclusions, one more oriented towards system manufacturers, the other more addressing source producers. Both start from the evident assessment that the current fibre sources, even with their energy advantages, do not represent the ideal solution for all those working the sheet metal. 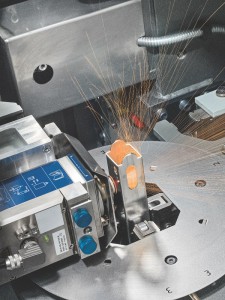 For system manufacturers
We have seen that fibre sources represent a good solution in case of cutting of small thickness sheet metals, but as soon as the thickness increases for alloyed materials, the machining speeds and, especially, the quality of cutting edges turn out to be inferior to what traditionally attainable with CO2 lasers. Apart from very few realities (well known to our readers), no system manufacturer faced the problem of how to solve this hindrance, even after that its nature had been extensively discussed and presented by several important representatives of International Research Centres. We propose again the reasons for all that: the high absorption of 1 μm beams by metal surfaces is such only on thin sheet metals, when the beam engraves the cutting face that is formed for angles inferior to about 60-70°; when the sheet metal thickness increases and the angle grows, in this case the absorption is lower than what happens with the CO2 laser and, actually, it is as if the laser beam was continuously reflected between the two walls of the cut, augmenting the melted material that cannot be correctly disposed by the service gas any longer. 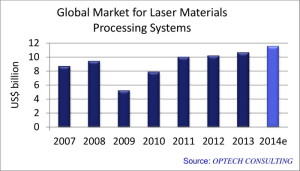 For source producers
The starting point is always the same: the decrease of the surface absorption when rises the thickness of the sheet metal to be cut. Source manufacturers’ contribution might consist in paying more attention (and promotion) to the use of sources, still in fibre, but operating with different active medium and, therefore, with different wavelength from the one of around 1 μm, currently used by ytterbium fibre lasers (1070 nm) and from neodymium disk versions (1064 nm). Already one year ago Tony Hoult from IPG Photonics (world leader in the production and sale of  fibre lasers) had envisaged us the possibilities and the advantages deriving from the use of fibre lasers based on thulium rare earth, with 1940 nm main wavelength, as active element instead of ytterbium. The problem was, first, verifying the possibility of drawing the same powers available with ytterbium from this material. We think this issue is solved. Still the same attentive reader might ask us: what might be the reasons for this change? They are very simple and concern the absorption curves of beams as to the cutting faces for the different incident wavelengths (material that we have at the Fraunhofer ILT Institute and that was available in the early 2000s): that trend inversion previously reported as to what happens with CO2 lasers, would take place for bigger incidence angles and then for bigger sheet metal thicknesses. It is not certain that this may be the solution for the next future, but it might be the chance to assess it.