Knowing the past, understanding the present to know what and how to change. 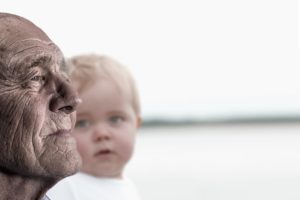 It was 1819 -The First industrial Revolution was in course, the one connected with the discovery and the successive introduction into the industrial world of the Steam Engine. It will change the world. And shortly after, it will be followed by the Second Industrial Revolution, with the advent, among the others, of the electric motor.  It is 2019 – The Fourth Industrial Revolution is in course, the one connected with Big Data, IoT and Automation. What is changing? At school, they teach that “history repeats itself”, the trend is cyclic and, consequently, there is always a certain degree of foreseeability in events. Is it possible that what happened one century and a half ago is repeating itself now, even if implemented differently, due to the development of knowledge and technologies occurred? Nowadays, it is clear that the Fourth Industrial Revolution is in progress, then ….

Each industrial revolution has implied a deep and almost irreversible transformation, which involves all levels of the society, from the manufacturing to the social system, modifying the relationships among players just because of innovations, essentially technological and scientific, which have determined it. If it is true that knowing the past can help in understanding the present, to be able to manage the future, then there are two fundamental matters for the up-to-date manufacturing company (but not only): efficiency and productivity. Actually, efficiency and productivity are strictly connected: we can hardly think either of an efficient company without a good productivity, too, or of an output improvement that has not implied an efficiency review. Therefore, if we speak of productivity we can consider also efficiency as taken for granted. The starting point is an obvious datum: today the industrial productivity neatly exceeds the one dating back to 200 or 100 years ago. But, returning to the XIX century, what problems had industry to face? Was a new technology available? And looking at present, is something new trying to oust the traditional industrial system? 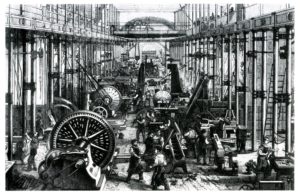 In 1800, the electric motor starts replacing the steam engine, which had determined the First Industrial Revolution but the switch from one system to the other to produce mechanical work had not given the expected results: the rise of productivity. Actually, paraphrasing the economist Robert Solow, Nobel Prize in 1987 for economics, it was possible to see electric motors everywhere, with the exception of statistics about productivity. To increase the productivity, in fact, it was necessary to change not only the technology but also the process: the electric motor needed to be used differently, that is to say modifying the process. The shift from a single big motor that, through the belt transmission, powered all machines, to many motors of smaller size, each of them connected with a machine, was epochal and required a completely revised approach to the manufacturing process. Therefore, the introduction of a new technology into a traditional process does not lead to substantial improvements, at least until when the whole process is reviewed, making it functional to the novelty introduced. Today, year 2019, in the third millennium, the problem returns. The trend consists in introducing innovations, as the ones brought by automation, but into existing processes, then devised and developed according to different machines and technologies. In the context of a modern manufacturing company, automation is irremissible but it compels, or at least it should compel, to a change of mentality, resulting – if considered on a broader scale – in a cultural and social change that however, like any modification to the existing reality, causes stress and not few hindrances. Fifty years ago, each machine tool had a dedicated operator, who loaded and unloaded pieces, equipped the machine and made it run. All that involved a certain level of risk, for both the finished product quality and the worker. The advent of the numerical Control has speeded up and automated several operations, improving quality and reducing the risk factor. With the development of electronics and the computer science, but also with the appearance of a new way of conceiving connections, automation is becoming a reality that, if opportunely applied, will be able to improve the manufacturing system notably. Probably, we are not so distant from the idea of no longer relying on an operator dedicated to a CNC machine and of producing with switched-off lights.

Today, the issue that does not seem very clear is what automation refers to. The issue is not automating and neither the in-line integration of a robot. Automation concerns the information that today can be collected in more or less simple way. Afterwards, they must be managed, to make them usable for the manufacturing process. Therefore, automation is not a good you can buy but it springs from an analysis and a review of the entire process that starts from design and encompasses the shipment of the implemented product. Industry 4.0 follows this direction, too, considering not the acquisition of the machine or of the robot, but the purchase as integral part of the change, stemming from the review of the current situation and setting the achievement of the manufacturing process efficiency as goal, through the introduction of automation systems.

Then, to increase the productivity we cannot use yesterday’s processes. Therefore we must change processes, it is clear, but what, and from where should we start? Assessing the complexity of processes: are they complicated or are they complex? But, basically, where is the difference?