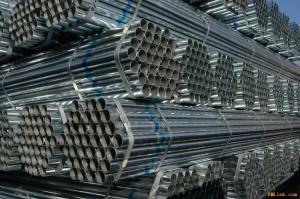 Latin American Steel Association stated that, as a result of global and regional economic growth in the region, steel consumption in H1 2014 is static when compared with the same period last year.

Where finished steel production was concerned the only countries showing signs of growth were Mexico (11%), Columbia (15%) and Argentina. Monthly crude steel production only exceeded 6Mt (6.1Mt) in May 2014, but for the rest of the period monthly totals hovered between 5.6Mt and 5.9Mt. The accumulated total for H1 2014 was 34.2Mt, a 0% variance over the same period in 2013.

Other countries increasing finished steel production year-on-year during the period were Columbia (up 15%) and Ecuador (up 1%). In Venezuela and Chile year-on-year output dropped by 40% and 25% respectively.

According to Alacero, all Latin American and Caribbean countries described deficits in their trade of finished steel with Mexico showing the most marketed unbalance (down 2.3Mt) followed by Columbia (down 1.1Mt) Peru (down 780kt) and Chile (down 743kt).