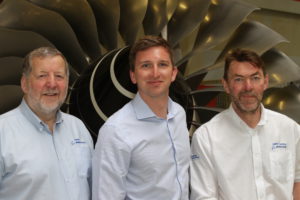 UK’s largest steel casting group William Cook is the new partner of the University of Sheffield Advanced Manufacturing Research Centre (Amrc). With factories in Sheffield, Leeds and Co. Durham, William Cook can trace its history back over nearly 175 years.

The group manufactures sophisticated components, assemblies and systems for a wide range of applications, has substantial research, development and design resources and includes global energy, transport and defence groups among its clients. The group has just won a major £30m contract with General Dynamics to supply parts for the Army’s future fleet of fighting vehicles. The decision to join the AMRC follows the University of Sheffield’s acquisition of Castings Technology International, which led last year to the creation of Amrc Castings.

William Cook Group chairman, Andrew Cook CBE, great great grandson of the founder and architect of the successful consolidation of the UK steel castings industry in the 1980s and 1990s, says the group is keen to make use of the additional research and development facilities the Amrc provides. Mr Cook said: “I was surprised and encouraged to see the level of practical help the Amrc can give companies that are keen to explore the possibilities of working with new materials, in new sectors and with new technologies. “I’m looking forward greatly to William Cook playing a part in the AMRC’s wor 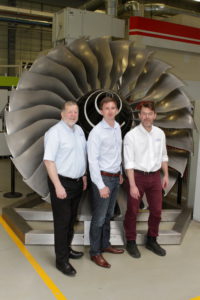 ld class Centre. We are keen to utilise AMRC Castings’ research facilities and also the AMRC Training Centre.” Prof Keith Ridgway CBE, Executive Dean of the AMRC, said: “We are delighted to welcome one of the UK’s most successful steel founders and engineers as a partner. In the recent past William Cook has invested substantially in research and technology that has allowed it to move into more challenging, higher value markets. By mobilising AMRC Castings’ expertise, we hope to help the group build on that achievement by further increasing its competitiveness and expanding into even more technically advanced areas.”

William Cook supplies extreme specification, heavy duty safety critical components to the energy sector, including wellhead and down-hole equipment for the oil and gas industry, and nuclear reactor and steam turbine components. It is also global leader in the design and manufacture of track and running gear for armoured vehicles and the main supplier of armoured vehicle track to the British Army; it also supplies cast armour and structural parts for military platforms and components for military aircraft and missiles.

The £30 million contract with General Dynamics means Cook Defence Systems will supply the track system for Ajax, which will be the most advanced armoured vehicle in the world when it comes into service in 2019. The Ajax success is the second coup for Cook Defence Systems in recent months. In November 2015 Defence Secretary Michael Fallon visited the company to announce a £70m, four-year deal to support the Army’s existing armoured vehicles. General manager, William Cook, said: “We won this contract despite stiff international competition. I am pleased that a global defence giant like General Dynamics can still rely on a British manufacturer to get the very best for the British Army’s armoured vehicles.” Other sectors supplied by the group include the rail industry, for which it has developed innovative designs of bogie frames and couplers.

Amrc Castings’ expertise and technologies span titanium and other reactive metals and alloys, as well as super-alloys, in addition to steel and other metals. The organisation is currently constructing a unique facility, designed to enable UK companies to break into global markets for large-scale titanium aerospace engine and structural components weighing up to 500kg, with backing from the Aerospace Technology Initiative (ATI) and the High Value Manufacturing Catapult.
The Amrc Training Centre provides advanced apprenticeship and higher-level training, which enables apprentices to go on to study for higher-level qualifications up to doctorate and MBA level. The Centre also offers a range of courses for continuing professional development.