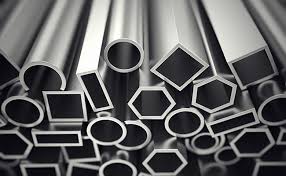 The Aluminum Association today announced membership growth, additions to its board, and the election of a new Chairman. In addition, the Association announced the winner of the 2015 Marlan A. Boultinghouse Award, the highest award given by the North American industry. The announcements were made during the Aluminum Association’s annual meeting – “Aluminum Country” – in Nashville, TN.

“This is an exciting time for the North American aluminum industry with strong demand growth and domestic expansion,” said newly elected Association Chairman Garney Scott, President & CEO of Scepter, Inc. “But serious challenges remain and it will take the combined efforts of the membership, through the Aluminum Association, to seize the opportunity in North America.”

Boultinghouse Award Winner
The industry honored Mike Palazzolo, Director of Environmental Affairs for Alcoa with the 17th annual Marlan A. Boultinghouse Award for service to the North American aluminum market. During his more than two decade career in the aluminum industry, Palazzolo has distinguished himself as a tireless advocate for the environmental sustainability of aluminum manufacturing. He has served as Chairman of the Association’s Environmental Committee as well as the Primary and Secondary MACT Working Groups. Prior to joining Alcoa, Palazzolo spent 13 years at the Radian Corporation. He holds a bachelor’s degree in Chemical Engineering from the University of Michigan.

The Boultinghouse is the highest award given by the North American industry and honors those who have not only had distinguished careers within a member company but also have provided their talents to the betterment of the Association and industry. The award is presented in memory of late ARCO Aluminum, Inc. President Marlan T. Boultinghouse. Boultinghouse brought energy and enthusiasm to the industry through his advocacy of aluminum marketing and the many technical programs he helped to advance.

The Aluminum Association Board of Directors is comprised of a number of top executives from a wide cross-section of the aluminum industry. The Board volunteers its time to provide strategic guidance and direction to the organization — setting goals, priorities and action items to best serve the interests of the entire industry.

Members named to the Board of Directors Class of 2018 were:

According to the latest industry data, the North American aluminum industry shipped an estimated 25.5 billion pounds of aluminum in 2014, the most since 2006. Since 2013, member companies have announced domestic plant expansions and planned investment totaling more than $2.3 billion to meet anticipated demand growth for aluminum in the automotive sector as automakers strive to make better-performing and more fuel-efficient vehicles. However, challenges remain, particularly with an oversupply of aluminum coming from China. Primary aluminum produced in China is the most carbon intensive in the world. The Aluminum Association is committed to highlighting unfair and unsustainable trade practices with relevant U.S. and Chinese authorities to ensure the continued health of domestic and global markets.