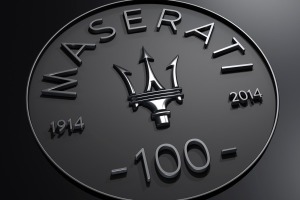 Maserati has been founded 100 years ago in Bologna, Italy, and will celebrate its 100th anniversary date on December 1 2014. The company will celebrate its centennial by opening its doors to hundreds of Maserati owners, dealers, executives, employees, enthusiasts, locals, and journalists, for a weeklong centennial gathering in the Italian cities of Bologna, Modena, Cremona, and Turin.

Maserati was founded by Alfieri Maserati and two of his brothers, Ettore and Ernesto, produced its first car in 1926: a racecar named Tipo 26. It debuted with a victory in the 1926 Targa Florio, the first of a string of wins that include two editions of the Indianapolis 500, nine wins in Formula 1 and the 1957 F1 World Championship.

Next year the Museo Casa Enzo Ferrari in Modena will host an exhibition of some of the most evocative models in Maserati’s history. While no official date of the museum exhibit opening has been announced, it is slated for the second half of 2014. Maserati said its North American anniversary activities will be spelled out in the coming weeks. Fans don’t have to wait to indulge in some of the company’s classic cars, as this week Maserati launched a dedicated centennial Web site to announce additional 100th-anniversary activities.

The celebration has an official hashtag, #Maserati100 e the website maserati100.com to monitor all the Centennial news and events.