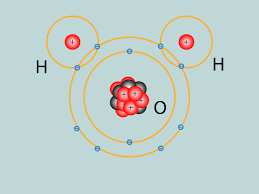 Using the first “cryo-transfer” local electrode atom probe, a group of scientists from ETH Zürich and Oxford University have succeeded in mapping volatile hydrogen atoms in metal. The results of that milestone research project were published recently in Science (Direct observation of individual hydrogen atoms at trapping sites in a ferritic steel, Y.S. Chen et al. Science Vol. 355, pp 1196-1199 (17 Mar 2017), the peer-reviewed journal of the American Association for the Advancement of Science.

Hydrogen inclusions in metal can severely affect material properties, making the metal more brittle. To avoid failures in steel or other metals due to hydrogen embrittlement and cracks, scientists need to precisely locate the atoms of hydrogen.

Atom Probe Tomography (APT) has proven to be one of the best analytical techniques for identifying and determining the position of nearly every atom in three dimensions in almost any nanoscale material. Nevertheless, the 3-D mapping of hydrogen atoms has remained a challenge, even with improved APT instrumentation, because hydrogen atoms are so mobile.

Researchers at the University of Oxford, investigating the origins of hydrogen embrittlement, have teamed up with the materials research team at ETH Zürich, which has developed a unique cryogenic transfer protocol for its LEAP Atom Probe that allows researchers to immobilize the highly diffusive hydrogen in the microstructure before APT analysis.

Together, the researchers have succeeded in precisely identifying the mechanism by which a specific microstructure can trap individual hydrogen atoms within solid material using the ETH Zürich LEAP Atom Probe.