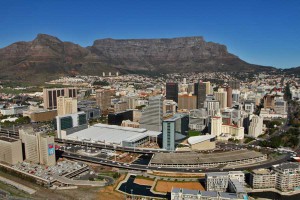 Italy aims at increase its investments in South Africa to access the burgeoning sub-Saharan Africa economy. Italian industrialists and business leaders said strengthening trade relations with South Africa had become imperative with the new geo-political potential that was unfolding on the continent.

Italian Trade Agency president Riccardo Maria Monti told the SA-Italy summit in Cape Town yesterday that Italian investment in South Africa was still at an unacceptable level, and companies needed to review their trade relations with South Africa to get involved in the continent. Monti said Italian companies should take advantage of South Africa’s advanced banking system, infrastructure and stable democracy to embark on aggressive investment.

Monti said: “As we speak, we are under-represented and our presence is minimal. This is not acceptable. We should not be left behind. We need to be part of this massive process of change and the massive expansion that is currently unfolding before our very eyes in the sub-Saharan region.”

The two-day summit is expected to come up with ways in which Italian and local companies can partner, particularly in the key economic areas of manufacturing, agriculture and energy.

Bilateral trade between the two countries is currently worth about 3.5 billion euros (R54.5bn) and investment flows are worth almost e300 million. However, the trade balance has turned in favour of South Africa.

South African ambassador to Italy Nomatemba Tambo warned the Italians to take note of the changing trade balance between the two countries. Tambo said while South Africa would want to partner with Italy in its investment venture into the regions, it would expect to get a fair share of the exploits. “We need to know that we have committed partners who do not come here to dump their goods, make profits and run, people who want to grow with us,” Tambo said. “If there still are any doubts about where the country and the continent are going, the facts speak for themselves.”

Former trade and industry minister Alec Erwin told the summit South Africa was ready to partner with investors who wanted to see the region grow. Erwin said that beyond Africa, countries such as Italy could use South Africa to access the Brics countries. “What you are seeing is the reindustrialisation of the developing world,” said Erwin. “That resource economies are not the only way is now being realised by the developing world, that message is being clearly understood. We have begun to diversify our economies and we are clearly on the growth path.”