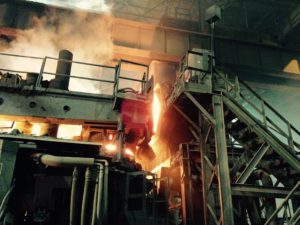 Tenova’s Water Detection System has been officially signed off by Nucor Steel Seattle. A System which was approved based on controlled testing and successful detection of actual EAF water leaks.

Complete system performance has more than doubled from the original estimated savings target determined at the start of the project with total electrical and chemical energy costs per ton of steel being reduced by over 6%.