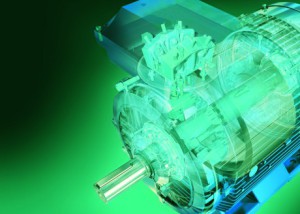 In constant growth, the global market of electric motors is marking time, showing great applicative maturity. Thanks to their unceasing technological evolution, these components allow in fact a conversion into mechanical energy able to satisfy the most different requirements, from the small appliance to the electric car.

Diffusion, the latter, supported by global market numbers and scenarios leading, according to the latest available data, to an estimated growth that, within 2022, is expected to surpass 140 billion dollars (source: Grand View Research, Inc. Technological).

These targets are enabled not only by the technological advances adopted on the various components of the motor itself but also by the definite international regulation and harmonization policies, increasingly aimed at improving their energy efficiency. If in fact some evaluations report that about 40% of the electricity produced worldwide is used by electric motors in the most different applications, the outstanding progresses are made precisely in efficiency, trying to reduce all loss typologies that can occur in their inside, among which the main ones are: those due to stator windings; iron losses; rotor losses; losses due to friction and ventilation as well as load losses.

Precise, therefore, the orientation pursued by sector players (both manufacturers and end-users), adopting systems powered by more and more performing and high-efficiency electric motors. The latter, called also motors with “premium” or “super- premium” efficiency, are so obtaining widespread success compared to standard motors, thanks to some benefits including a longer service life (for instance, obtained thanks to the use of increasingly performing insulating materials), a lower energy consumption, a minor maintenance demand and, last but not least, a higher tolerance to voltage variations.

In this context, the automotive industry has stood out for a long time among the main users of this evolution but a larger and larger use is made also in other fields, such as household appliances, HVAC (sector including ventilation, refrigeration and conditioning machines and plants), the diversified machine tool sector, up to robotic applications, just to mention the most relevant ones. Even if more expensive than standard ones, high-efficiency “Premium” motors are then more and more demanded (apart from some indispensable cases), because they provide undeniable advantages and savings in the long term. An economic gap that, thanks to big scale economies, is becoming thinner and thinner, thus favouring a higher and higher diffusion.

More in general, according to what stated by a report released by Grand View Research, Inc. Technological, in 2014 the global electric motor market reached almost 100 billion dollars, of which around 70% (rising value) represented by the segment of alternate current motors. Concerning this, decisive and determinant was the gradual substitution of direct current executions in favour of alternate current ones that has involved various applications in automotive ambit, industrial machinery, aerospace as well as consumer electronics. It amounts to around 12 billion dollars the corresponding global turnover value, generated by motors with output powers from 0.75 kW to 300 kW, with maximum power supply of 600 V, typically used in industrial and commercial ambit. Fractional electric motors represented instead slightly less than 90% of the turnover, still registered in 2014. The same report points out also that, with 55% of the global turnover, Asia-Pacific proved to be the most effervescent area. The high industrial productions surveyed in India, China and Korea, together with the entire Southeast Asia, of automotive, consumer appliance and industrial machinery industries were instead determinant for the growth of the percentage concerning synchronous motors. Referring to the use of high energy-efficiency motors, Argentina, Brazil, China and India are the markets with major diffusion, with prevalence in industrial applications and in the sector connected with the agriculture world.

The European regulation about the electric motor efficiency

The 2005/32/EC Directive, known as Eco-design Directive for Energy-using Products (EuP), ruled the release on the market and the commissioning of products that use energy and provides for the adoption of specific design criteria, in order to reduce their environmental impact and to improve their energy efficiency. In 2009, the Directive was updated and replaced by the 2009/125/EC (Eco-design Directive for Energy-related Products – ErP) Directive that, actually, has widened their application range, since no more referred only to products that use energy but also to products “connected” with energy. Since the date of entering into force, they have issued the implementing Regulations that define specific rules for each product category and, among them, also EC 640/2009 (afterwards modified by the 4/2014/EU Regulation), about the specifications for the eco-compatible design of electric motors. Electric motors for which the international IEC 60034-30-2014 regulation establishes the various energy efficiency classes (IE, International Efficiency), according to the class/energy efficiency scheme, applicable to three-phase executions with 2, 4 and 6 single-speed normalized poles, with rating included between 0.75 kW and 375 kW, voltage rating up to 1,000 V and continuous operation performance:

Referring to the European Regulation 640/2009/EC, already since June 2011 all electric motors released on the market have been expected to rank in energy-efficiency class, i.e. with minimum IE2 efficiency. Since last year in January manufacturers have been asked to be compliant, releasing in the market motors with power between 7.5 and 375 kW conforming to the IE3 class, or IE2 if coupled with inverter (that is to say, if equipped with electronic speed control). Since January 2017, all motors with rating from 0.75 to 375 kW will be IE3 or IE2, if coupled with inverters.

Electric motors, the work horses of industrial processes, are used in various industrial applications such as fans, pumps, compressors, mixers, grinding mills, metal rolling, mine hoists, cranes, and refiners. They are designed for efficient operation in challenging and severe environments. Reliability and ease of maintenance are some of the critical parameters that determine the selection of the motors. Electric drives or power converter circuits are used with motor drives, and provide either direct current (d.c) or alternating current (a.c) output and are powered from either a d.c. or a.c. mains supply. The primary purpose of this equipment is to control the speed of electric motors during different working conditions to save energy. 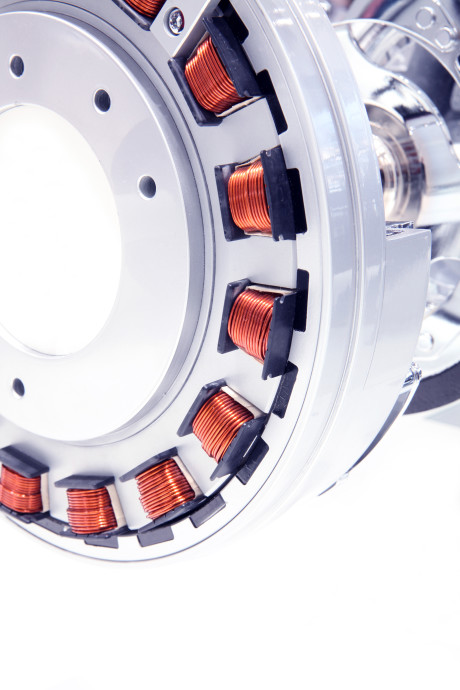 Reliability and ease of maintenance are some of the critical parameters that determine the selection of the motors.

Electric motors and drives are used in a wide range of industries including but not limited to oil and gas, marine, power and energy, mining, cement, metals, pulp and paper, water and wastewater. As the demand for electric motors is increasing, end users are facing the challenge of maintaining a continuous, reliable operation while keeping cost under control. However, reliability of motors has gained prominence over maintaining lower operation costs. Regular servicing of these assets is critical for increased uptime and extended life cycle.

Over the past few years, end users have started opting for an effective motor and drive maintenance plan which is rigorous and have started to prefer service packages that ensure higher uptime of the rotating assets. The maintenance plan includes condition monitoring of assets, including remote assets, enabling predictive and preventive maintenance which facilitates planned maintenance and higher uptime as against the age old practice of breakdown maintenance. The trend to adopt life-extension service programs gained prominence during the economic turndown in 2009, the recovery years after that as well as during more recent periods of economic uncertainty, as companies no longer are governed by the rule to minimize operational costs but rather by the principle to minimize capital expenditure.

Frost & Sullivan’s (F&S) research on the European and Asia Pacific Electric Motors and Electric Drives Services Market highlights that differentiation through technology innovation is limited compared to the service business innovation. The convergence of information technology (IT) and operational technology (OT) has enabled digitization of the industrial world and is now known as Internet of Industrial Things (IoIT). However, its adoption is still at an early stage. The convergence is creating a visible shift in the way servicing of motors and drives are handled. The adoption of IoIT has resulted in a notable transformation in the advanced services segment which comprises value added services such as asset optimization, process safety, environmental compliance, system performance, energy efficiency, maintenance management, and cyber security. The use of big data analytics and cloud services is likely to bolster the quality of service. New service offering including alerting services for equipment maintenance using IoIT technologies that involve diagnostic software being hosted from cloud with Software as a Service (SaaS) model, and motor control through mobile device and related services are likely to see high uptake.

The research also highlights that adoption of advanced services is expected to witness a robust growth led by end users’ requirement to reduce energy expenditure and equipment related capital expenditure. 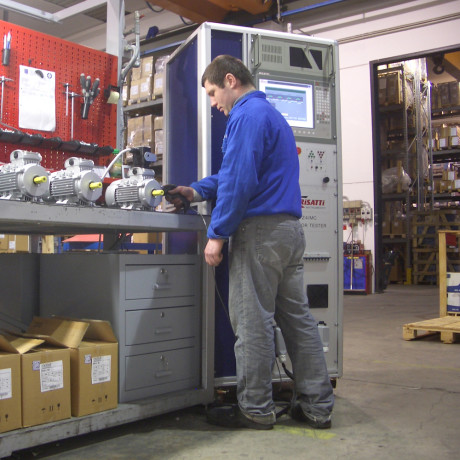 The drives market report highlights that the market is dominated by the external service revenues, which is nearly 73% of the total market revenues, estimated to be $2.0 billion in 2014. This is expected to grow at a CAGR of 6.4% for the period 2014-2019.

The pure play service providers, who constitute the tier 2 segment, are more likely to tap into this segment of servicing, as they are better positioned to offer packaged services and multi-vendor product service support. For example, the drives market report highlights that the market is dominated by the external service revenues, which is nearly 73% of the total market revenues, estimated to be $2.0 billion in 2014. This is expected to grow at a CAGR of 6.4% for the period 2014-2019. This research also highlights that advanced services segment is expected to grow at a CAGR of 7.3%, while the maintenance service segment is likely to grow at a CAGR of 7.9%.

Analysis of the supply chain in the market shows that while motors and drives manufacturers have a vantage position in this market due to their technical know-how and global network of repair facilities and field engineering; they face stiff competition in the developing regions such as Asia-Pacific. The pure play service providers who do not manufacture the equipment, remain competitive through their value proposition of multi-vendor make service capability. So, over the years, value proposition has gone beyond the technical domain. In the recent past, some of the motor and drives manufacturers have also ventured into expanding the service capabilities by accommodating servicing of other manufacturers’ products either by developing the capability or acquiring suitable companies. Moreover, recently, the electric motor and drives servicing landscape has been witnessing a trend of end users preferring a single service source. This reduces administrative costs and operational inconsistencies allowing them to concentrate on production.

Hence, the manufacturers in the electric motors and drives market who have decided to evolve their business model for the digital age have to consider the option of expanding their business organically or inorganically. They have to decide if they want to partner with other companies or do it themselves by collaborating with their customers. Frost & Sullivan’s analysis highlights that end users are more inclined to outsource servicing of their electric motors and drives assets, as they want to focus on their core manufacturing business. This is likely to provide unlimited opportunities to the manufacturers and service providers in this market in the next five years.

For more about electric motors and drives market: www.frost.com,anna.zanchi@frost.com