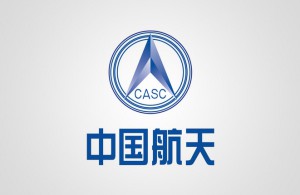 In order to spur innovation, state-owned China Aerospace Science and Technology Corp. (CASC), the major contractor for China’s space program, is searching for private partnership by inviting 1,300 private enterprises to a forum in the eastern city of Ningbo.

The 2014 China (Ningbo) international forum on advanced aerospace materials and commercialization signals a shift in the once restricted sector to a more-open working style that encourages collaborative practice with private entities.

Wang Yongru, vice president of Ningbo Jintian Copper Co. Ltd., one of the largest copper processing companies in China, said that for the private sector, the opportunity to collaborate with state-owned entities would advance the practical application of innovation already in use by other sectors.

Private enterprises have capital but lack concrete application, the combination of space innovation and the private economy will cultivate a fertile market for the Chinese manufacturing industry, said Ba.

Jintian is among five local private enterprises to sign technical service agreements with CASC. Ningbo is a major new material manufacturing base with an annual new material output of 100 billion yuan (16 billion U.S. dollars). Wang Yongru hopes to develop functional materials that could be used in the manufacturing of magnetic materials through the cooperation with CASC.

China has independently developed a number of world-level new material technologies during its space exploration research, including artificial crystal materials that are expected to have a market demand of 5 billion yuan and super-strength steel that will have an annual output value of 100 billion yuan by 2020, said Wang Kunsheng.

The CASC has offered 30 areas to the private sector for developmental partnership, including high-performance metal, organic polymer and electronic information. In the future, it will also promote the commercialization of satellite application, clean energy, energy conservation and high-end equipment technologies.

CSAC was established in 1999. It has a number of subordinate entities which design, develop and manufacture a range of spacecraft, launch vehicles, as well as strategic and tactical missiles. It also provides international commercial satellite launch services.