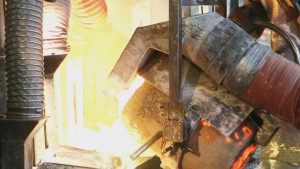 The Mumford Companies, a business and real estate holding company based in Chicago, has acquired Advance Die Casting Co. out of receivership and will invest new capital and seek to rebuild the nearly century-old business. Rollcast LLC, of Pewaukee, placed the business in receivership in March, and announced it would close operations in May. Roughly 75 workers would lose their jobs.

The workers continued to make parts for Caterpillar Inc. and other customers, however, and Mumford closed on the purchase last month, with the goal of making it profitable.

“The old ownership just didn’t have the capital to invest in the business,” saidPhil Mumford Jr., who manages Mumford Companies with his father. “We have to spend six months rebuilding the machinery, adding automation, making it more efficient.”

Mumford will shut down the bulk of Advance’s manufacturing as it retools, and the 75 employees will have to reapply for their old jobs. Mumford said the goal is to return to 75 employees in early 2016 and return to the 150 to 200 level that Advance had in the 1980s.

The investors now hold four small Wisconsin manufacturers in their portfolio, which also includes businesses in Illinois, Michigan, Tennessee, Mississippi, Alabama, Texas and Florida. A year ago, Mumford purchased AFW Foundry Inc. in Lannon. It also owns Hillcraft of Wisconsin LLC, a millwork shop in Madison, and Expert Cores of Wisconsin, a castings-maker in Milwaukee.

“We take a distressed company that has financial challenges and come in and bring in the fresh capital that buys some time do to the restructuring,” Phil Mumford said. “In almost every case, there’s mostly good in these businesses.”

Advance was founded in 1926. Mumford paid $1 million for the real estate and buildings at 3760 N. Holton St., but that figure does not represent the full price it paid for the company. The total purchase price is not being disclosed.