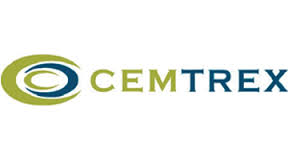 Cemtrex Inc., a world leading industrial and manufacturing solutions company, announced today that it has completed the previously announced acquisition of a German electronics manufacturing company, Periscope, located in northern Germany. Periscope is focused on electronic manufacturing services primarily for the major German automotive manufacturers, including Tier 1 suppliers in the industry, as well as for industries like telecommunications, industrial goods, luxury consumer products, display technology, and other industrial OEMs. Periscope has more than 35 years of industrial operating experience.

Cemtrex already has a German subsidiary in the electronics manufacturing sector and with this acquisition, it will secure a broader base and larger market share in the Eurozone. With Periscope, Cemtrex becomes a leading EMS company in Germany, ranking among the top 15. The European EMS market is expected to achieve a 10.1% CAGR from 2011 to 2017, according to German economic development agency Germany Trade & Invest. Cemtrex management anticipates substantial synergies with its existing portfolio of companies and cross-selling opportunities to its present and prospective customer base.

The Periscope acquisition also gives Cemtrex a strong footing in the dynamic automobile industry, which is undergoing rapid technological change and Cemtrex is poised to be a significant beneficiary of this evolution. Electric vehicle sales grew by about 60% globally in 2015, according to Bloomberg. The Automotive Electronics Market is anticipated to be $352.92 billion by 2023, up from $185.05 billion in 2015, according to Global Market Insights, Inc.

Cemtrex intends to rebrand the Periscope operation under its ROB Cemtrex brand. Cemtrex completed the purchase of approximately €9 million Periscope assets through payment of cash, a third-party note and seller note. The purchase price was not disclosed, however this acquisition is anticipated to be accretive in 2016 and involved no dilution to Cemtrex shareholders since no new shares were issued for this acquisition. Periscope is projected to generate annual revenue of about €30 million for the next twelve months. Cemtrex will also add 140 new employees thus bringing its total worldwide employees to over 515.

Cemtrex’s Chairman and CEO, Saagar Govil, commented, “We are delighted to welcome Periscope to the Cemtrex family of companies. We expect to be at the forefront as the automotive industry transforms due to new disruptive technologies. The €30 million revenue contribution that we anticipate from Periscope combined with our existing operations pushes the Company over $100 Million in total sales over the next twelve months. This compared to the $47 million that Cemtrex generated in 2014 illustrates how much progress Cemtrex has made on its commitment to increasing its top line while delivering value to our shareholders.”