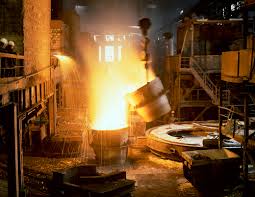 annual results statement, the Brownhills company said its foundry business had seen an 8.5% decline in output due to changes in commercial vehicle production across Europe due to new emissions regulations.

This in part was the reason turnover dropped 4.5% to £131m for the year to March 31, 2015 compared with £137m last year. Profits were also impacted, falling to £17.5m as against £21.8m in 2014. Two thirds of the revenue was generated from exports, the same as 2014. However, chairman Brian Cooke said things were looking far more positive for the current year. “In general we are now experiencing improved volumes from many of our customers and it is anticipated profits will increase providing the recovery continues,” he said. He said the work mix at the group’s William Lee foundry had increased in complexity and this has led the firm’s management team to improve production methods across the group. “I am confident that the William Lee foundry will return to greater profitability under the new team,” added Cooke.

Production volumes at CNC Speedwell were also down from the high level of the previous year and this resulted in a small profit reduction.  However, it said it was pleasing that the operation was now seeing a higher proportion of revenue from external customers following a decision to increase machining of alternative materials with a wider customer base. The group has invested £3.9m in the machining business to support the new orders generated.

Despite the decline in revenue and profits, the group has recommended an increase in the final dividend to 10.08p per share. This, together with an increased interim dividend, gives a total for the year of 13.30p per share.