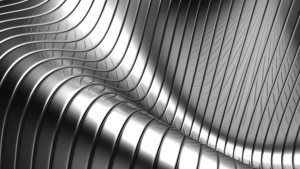 An extraction column which recovers metals companies use in their production processes is developed by researchers at the University of Guanajuato (UGTO), in middle Mexico. The column would avoid environmental pollution and lessen economic losses. The column operates under the principles of liquid-liquid extraction which seeks to recover metals with high added value. The technology is already at laboratory prototype stage and in the process of obtaining a patent.

Carlos Benito Martínez Pérez, PhD student of Science in Chemical Engineering at UGTO and project participant, explains: “The process begins with the extraction; the influent enters the top of the column, makes contact with an organic formulation containing the extracting agent that is highly selective for the metal it seeks to recover. When leaving the column, the effluent will be virtually free of metal. We do this verification through an atomic absorption equipment. When the metal is in organic phase we de- extract and accumulates in another aqueous phase solution.”

The technology may be employed by any company or industry if their production processes use some type of metal, because the extraction column for the recovery of metals with high added value will avoid economic losses and pollution. The concentrated metal in the solution is the one highly valued by the UGTO, which is why it is called of added value because the metal in the solution could be incorporated back into a production process or sold to other companies, with no waste.

Using this process, companies fines would be avoided and a better status in the enterprise market achieved with waste treatment. Companies, which may be interested in this technology, are focused on the production of automotive parts, electronics, tannery and painting, among others. Basically, anyone that uses metal in their processes.

Research on the extraction column for the recovery of metals with high added value was advised by Zeferino Arroyo Gamin, and won the VII Prize of the Council of Science and Technology of the State of Guanajuato (CONCYTEG) 2014.