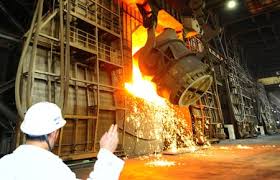 Products such as brake discs and brake calipers will be produced for the global automotive industry at the factory in Khalifa Port’s Industrial Zone (Kizad). The new foundry will be developed in three phases and ultimately will have a capacity of 300,000 metric tonnes per annum, making it among the largest single-source foundries in the world producing automotive parts, a statement said. The steel foundry products will cater for both local and international markets, exporting via Khalifa Port, for end use by high-end vehicle manufacturers such as BMW, VW, and Mercedes-Benz as well as world leading automotive parts companies.

One such company, Continental Teves, has entered into an agreement to buy the full output of AMS’s first production line to support Continental’s demand from its European markets and its long-term strategy for the region.

Phase 1 of the foundry, estimated at $140 million, will have an installed capacity of 75,000 metric tonnes per annum, and will produce grey iron for brake discs and ductile iron for brake calipers.

Vivek Rao, CEO of FourWinds Capital Management, said: “Our company’s strategic choice of Abu Dhabi, and Kizad as the target location of the foundry, falls within the Group’s quest to achieve the highest standards at all levels.” Mohamed Juma Al Shamisi, CEO, Abu Dhabi Ports, added: “The automotive sector in the UAE has been experiencing double digit growth over the past few years, and having a locally based auto parts and accessories foundry, supports this industry and its growth within the Emirates and the region.”

The statement said the new steel foundry represents one component of a series of investments that AMS plans to undertake in Abu Dhabi.