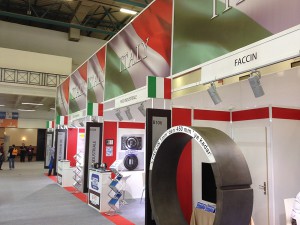 WIN Metal Working, serving as a networking hub, demonstrated its power as a business platform mainly for the growth regions of Eurasia, Gulf Region and North Africa. It gathered delegations both at national and international level. With the support of T.R. Economy Ministry buyer delegations from Bulgaria, Georgia, Greece, Jordan, Iraq, Uzbekistan, Romania, Sudan, Tunisia, Ukraine and Yemen visited the fair. Moreover, German delegations from Hessen and Saxony and Iran delegation from SIPIEM (Society of Iranian Petroleum Industries Equipment Manufacturers) showed great interest during their stay at the fairground. Also a remarkable success was gained by Anatolian Delegations Program which was organized together with related associations and unions. This year delegations increased up to 61 from 43 industrialized destinations of Turkey. 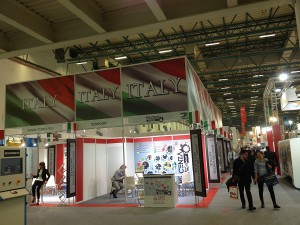 Alexander Kühnel, the General Manager of Hannover Messe Bileşim stated: “WIN Metal Working is the important meeting point that you can obtain information about the new products & developments of the related sectors in the Eurasian region. This year, Japan attended the exhibition with their national pavilion for the first time. Also, we were very glad to welcome Italy, South Korea, Taiwan and German pavilions, again. All of them generated new business connections in the exhibiton. WIN Metal Working proved to be the right event to bring professionals from Turkey and all other related countries together.”

The trade exhibition, where industry’s pulse is always kept, is supported by 29 foundations.
The show hosted 28.117 professional visitors from Turkey and abroad. Main sectors which visitors came from were automotive, iron-steel, construction, energy and machine. Eighty-six percent of visitors were decision-makers with purchasing authority and 84 percent of them expressed their satisfaction with their visit.
Due to the demand of the exhibitors the next edition is scheduled to take place from 12 to 15 February 2015.