At the Los Angeles Auto Show Honda has unveiled its 2017 Clarity fuel cell car. Asian automakers are opening up a new front in the contest to define the future of cars in California, fielding a flock of cars powered by hydrogen in a bid to woo green car buyers from Tesla Motors, the battery electric vehicle leader. Toyota, Honda and Hyundai used the opening days of the Los Angeles Auto Show, which draws thousands of car enthusiasts in one of the world’s richest vehicle markets, to tout new fuel-cell cars. These use hydrogen in a process that creates electricity but not carbon dioxide. 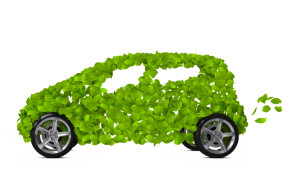 Automakers plan to offer these cars in California, although the rollout will be limited. Hyundai says it has already leased its fuel-cell Tucson to about 85 customers, and Toyota says it has received expressions of interest from more than 2 000 people. Honda’s Clarity sedan will only be available in late 2016. Fuel-cell technology is expensive, and hydrogen fuelling stations are still rare. Hyundai’s Tucson can be leased for $499 per month and sold only in Southern California, where there are about nine fuelling stations. Toyota‘s new Mirai can run for 483km between charges. Bill Fay, general manager for Toyota brand sales in the US, told Reuters that a concerted public-private push is needed to build more refuelling stations. “We need the government to support the investment in this and we hope that Honda and Hyundai will be coming in and provide some support,” Fay said. “Then I think we have some critical mass to build from and take off from there.” California provides as much as $100 million a year to fund alternative fuel and vehicle projects, including hydrogen refuelling stations. Tesla chief executive, South African born Elon Musk, and other Tesla executives have taken shots at fuel cells and the tax-funded subsidies used to promote them.

Fuel cell vehicles compete with Tesla‘s electric cars as generators of credits that could help conventional automakers meet California’s complex zero emission vehicle quotas. Tesla has benefited from, and repaid, government loans. It sells clean car credits. Tesla has also built its own recharging network. “Fuel cells are dependent on public infrastructure in a way electric vehicles will never be,” Tesla’s VP for business development, Diarmuid O’Connell, said. And because much of the hydrogen used in fuel cell vehicles will be derived from fossil fuels, he said, “fuel cell vehicles are not even zero emission vehicles”. Battery electric cars rely on an electric grid that in many regions of the US is fuelled by coal and gas, but O’Connell said the US grid is getting cleaner.

Both fuel-cell cars and battery electric cars have limitations that discourage many would-be buyers. Most electric battery-powered cars on the market run for fewer than 161km between recharging stops. Tesla’s Model S sedan and Model X sport utility can run for more than 322km between charges, but the average Tesla sells for over $70 000. Low gas prices undermine demand for both technologies. Only about 67 700 electric vehicles were sold in the US last year – about 0.4% of the 16.5 million new cars and trucks sold. “The electric car that has earned one dime for its maker hasn’t been created yet,” said Johan de Nysschen, president of General Motors’ Cadillac luxury brand, on the side-lines of the show. Still, GM plans a new electric Chevrolet model with a projected 322km range, and is experimenting with fuel cell technology.