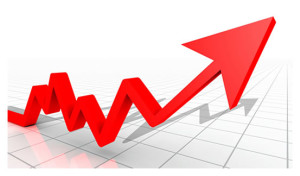 The US building materials industry is boosted from rise in private and public construction spending in 2016. The rating agency Moody’s has a positive outlook on the industry for the next 12 to 18 months.

“Public construction spending will improve due to the passing of the ‘Fixing America’s Surface Transportation Act’ last month, but not until 2017,” said Karen Nickerson, a Moody’s Vice President — Senior Credit Officer. “The legislation removes uncertainty around federal funding for the next five years and gives states confidence to pursue long-term infrastructure projects.”

According to the report, “Outlook Update: Building Materials Industry — US Construction Spending Growth Supports Positive 2016 Outlook,” the industry saw year-over-year gains in volumes and pricing in 2015. Positive volume and pricing trends will continue in 2016 but will vary by region. Spending in west Texas will likely slow due to challenges in the oil and gas industry, but Moody’s-rated building materials companies do not have significant exposures to the region.

Moody’s expects the building materials industry’s operating income to grow by more than 10% in 2016.