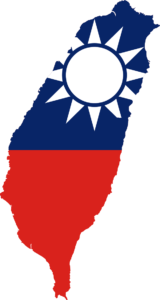 A nation with an excellent exhibition like Timtos has certainly all papers in order to reach its targets on a world scale and to win the challenges of growth and innovation, precisely the intention of Taiwan with the production of military aircrafts directly on the island.

Taiwan is a high-tech punctual Country, peopled by a willing polite, broadminded and quite tolerant population. Today, good trade relationships exist between China and Taiwan. Communications: more than 83 ports for the direct navigation from Taiwan towards China, including Shanghai, Shenzen and Guangzhou harbours. Over 800 direct flights a week from Taiwan to Chinese cities. Over 20 bilateral agreements between the two Countries concerning sectors like banks, insurances, customs, law, safety of foods and agricultural products and intellectual property. Moreover, Taiwan enjoys very low or null export duties towards China, generating a trade that exceeds 130/140 billion (US) dollars yearly in the last two years. Taiwan relies then on preferential channels for free trade with New Zealand and Singapore while new agreements with Philippines, Indonesia and India are under definition. Therefore, a Country with a well-defined social, political and industrial position towards China, with a good ranking in terms of bilateral relationships with several Countries of that area; industrially advanced, so that west nations, and not only, deem it as a valid partner. Taiwan can boast an excellent number of industrial districts with specific export processing zones (EPZ) and it is provided with numerous scientific parks, more than 50, backed by outstanding multinational brands such as Intel, HP, Sony, Microsoft, IBM, Google, Ericsson, which unavoidably rise the quality of Made in Taiwan products constantly.

Taipei International Machine Tool Show
In all this context is framed an important exhibition of the manufacturing industry of Taiwan such as Timtos (Taipei International Machine Tool Show). This trade fair mirrors other sector exhibitions here in west nations, and as we know at the basis of the industrial manufacturing of components and then of products featuring excellent added-value, perfection and quality. Precisely these elements allow a Country or a company to produce high-quality cars, as well as satellites or aircrafts, biomedical or sports products.

Numbers
5430 stands, 1100 exhibitors, 20 foreign Countries represented, for instance Germany, Switzerland, Turkey, USA, Japan, Australia and Italy as well. The second most important machine tool exhibition in the entire Asia and the fifth at international level. A noteworthy planning of technical conventions and workshops was developed during the trade fair period, with speakers like Kuka, Mercedes Benz, Nvidia, Sick, Siemens, and several other companies of clear renown and professionalism on a world scale. Timtos is certainly an exhibition platform where doing business is natural. Over 7000 potential buyers visiting the trade fair, 90 Countries involved and attracted to visit the exhibition, over 200 one-to-one meetings organized by the trade fair and all focused on the business logic and then win-win meetings. Brands such as Nissan, Hidrokon from Turkey or still Optimum Maschinen from Germany, and several others, participated in these moments of opportunity exchange. Various foreign delegations like the Indian FISME, i.e. small and medium enterprises, or the Thai association for companies’ development and investments, or still the delegation of the Turkish, Polish, Russian Malaysian and Chinese trade chamber and industry. A crowded delegation of sector journalists composed by American, Japanese, Chinese, Indian, Brazilian, German, Polish, English, Italian, Turkish and Mexican professionals invited to witness the grandeur of Timtos exhibition and the quality and precision level of exhibiting companies.

Protagonists: Smart Manufacturing and robotics
Protagonist of Timtos was unavoidably the Smart Manufacturing. Therefore, it was visible, perceivable in the booths of the primary Taiwan companies, but not only, the possibility of connecting machine tools one another, of making them autonomous in the analysis and solution of the problems met during the machining cycle of a workpiece, of visualizing also on the smartphone the status of each machine tool and its errors, the latter’s autonomous solution, how they have influenced other manufacturing departments of the company but also its administrative, accounting or logistic divisions. A complex, articulated but integrated system of data (Big Data) stored in Cloud modality and visible to an engineer all day long, anywhere in the world, even during his holidays at the seaside at Formosa isle. At Timtos exhibition, it was possible to ascertain that the presence of anthropomorphic robots inside the manufacturing cycle of our engineering industry is inexorably spreading. Robots can feed a machine tool, can support the handling of turned and milled components from the machining centre to the pallet but they can also welcome the clients of a bank office, as we can see in a renowned local bank. Experimental but topical project. Concepts such as “Smart Machine”, “Smart Factory” and “Industry 4.0” are all elements of our daily working life and we can see them, interpreted by each single company, if we have the pleasure of visiting Timtos exhibition. Companies like Hiwin (taking part also in the last edition of SPS at Parma Exhibition), Apec, Sister Machine Tecnology Co, Awea, Femco, CHMER, Sunmill, Soco, Luren, Dees Hydraulic Industrial Co, Shien Yih Machinery Industry Co, Ching Hung Machinery & Elettric Industrial Co, Yeong Chin Machinery Industries Co, Advantech-LNC Tecnology Co, and Sehy allow understanding this new 4.0 evolution and its impacts from close up and simultaneously inside it. Industrial, manufacturing, organizational, logistic and also social influences because, as someone whispered, each machine or plant sold means one additional poor family. Questionable concept but expressed clearly and perhaps also with that pinch of naivety that distinguishes the Asian world from us, western people.

The organizer
The organizational and marketing structure of Timtos is TAITRA. No-profit structure, established with the sponsoring of Taiwan Government in 1970, today it relies on 600 in-house specialists, 4 local branch offices, 60 offices in 40 Countries. Its mission is developing the business of Taiwan companies worldwide, of promoting local industrial districts and companies, of favouring the direct business among companies, of organizing exhibitions, events, conventions and workshops, with the only aim of showing the quality, the precision and the force of Taiwan manufacturing industry to the world. 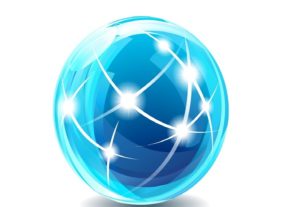