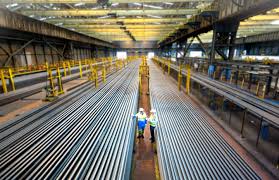 Twelve global steel trade associations today released a statement urging the leaders of the G7 nations to take steps to address the current global steel overcapacity situation which is negatively affecting economies, industries and workers around the world. The American Iron and Steel Institute (AISI), the Japan Iron and Steel Federation (JISF), Eurofer (the European Steel Association), Canadian Steel Producers Association (CSPA), UK Steel, the German Steel Federation (WV-Stahl), Alliance des Minerais, Minéraux et Métaux (A3M), Federacciai (the Federation of the Italian Steel Companies), the Steel Manufacturers Association (SMA), the Committee on Pipe and Tube Imports (CPTI), the Specialty Steel Industry of North America (SSINA), and the European Steel Tube Association (ESTA), said:
“Government support measures and other policies have contributed to significant global excess capacity in steel, unfair trade and distortions in steel trade flows around the world. Among other things, these market-distorting government policies have
prevented adequate industry adjustment in some markets in response to changes in global demand. This is an issue of concern in countries where government policies encourage steel capacity growth without regard to market signals, or where government actions sustain uneconomic or consistently loss-making steel plants that otherwise would exit the market.

“Steel producers in the G7 nations, and elsewhere around the world, highly appreciate intergovernmental attempts so far to cope with the global overcapacity issue, and urge their governments to take urgent action to address this global problem, building upon the work program outlined by high-level government representatives in Brussels in mid-April to address the overcapacity and adjustment challenges facing the steel industry. It is critical that all major steel-producing nations participate in efforts to eliminate trade-distorting policies that are contributing to the current steel crisis. Otherwise, as was noted at the OECD Steel Committee meeting in May 2015, ‘a failure to address or halt market distortions will result in subsidised and state-supported enterprises surviving at the expense of efficient companies operating in environments with minimal government support.’

“In this regard, we urge the G7 summit in Japan to discuss the need to maintain effective remedial measures, consistent with their WTO rights and obligations, against exports from countries in which market economy conditions do not prevail.”