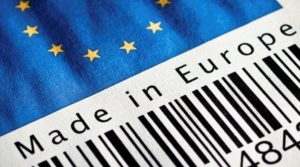 European production of machine tools is expected to reach 25.2 billion euro in 2017, registering an annual growth rate of 4%, Cecimo reports. While 2016 saw a notable decline of global machine tool production from 68.9 billion euro to 64.2 billion euro (-7.9%),Cecimo members were not affected by this downturn and kept its volume at 24.4 billion euro, therefore growing their global market shares. CECIMO believes that the EU should do more to deliver its promises for a stronger and more competitive industry. A more effective market surveillance is also essential to ensure product safety and a level playing field in the Internal Market.

This year the MT production in Europe is expected to grow again at an annual rate close to 4%, to hit 25.2 billion euro, and increase Cecimo’s production market share beyond 36%. Germany and Italy are the biggest machine tools producers (46.2% and 19.3% respectively), shortly followed by Switzerland (12.0%). Hence, the Cecimo MT production is continuing its stable growth trend.

The trade among Cecimo countries is rising. One out of four machine tools exported by companies in Cecimo countries is directed to another Cecimo country. Outside Cecimo, the largest customers are China (25.6%) and USA (18.0%). Moreover, the Chinese consumption is expected in 2017 to increase at an annual rate of 3.6 versus 3.2 in Europe and in the world.

The European MT consumption is likely to reach around 18.6 billion euro demonstrating a moderate but certain growth, in line with the world consumption trend. Investments in modern machine tools are fuelled by investment tax incentives in certain countries and the trend towards digital manufacturing, which requires a state-of-the-art machine population.