One thousand jobs planned for ArcelorMittal over three years. The company plans to hire new workers over the next three years to replace retiring baby boomers. For Tony Valeri, the company’s vice-president of public affairs, that alone is proof there’s a future for the steel industry in Hamilton. 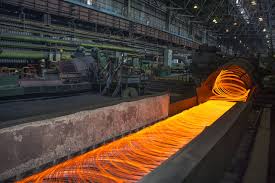 That’s in addition to more than $250 million invested over the past five years in new technology and equipment. Valeri was one of three industry players who told the Canadian Club of Hamilton on Wednesday that despite its troubles, the business that made Hamilton famous will thrive in the future. “I think there’s a very bright future for ArcelorMittal Dofasco in Hamilton,” he said. “Steel continues to evolve and because of that it will continue to be part of Hamilton.”

Many have worried about the future of the industry that once employed more than 30,000 workers in the city.
The worry has been fed by a steady erosion of jobs that now sees employment in Hamilton at barely 6,000 (ArcelorMittal Dofasco now has about 5,400 workers and U.S. Steel Canada about 2,300, including 600 in Hamilton). In addition, the former Stelco is under creditor protection for the second time in 10 years. That’s on top of wild swings in currency exchange rates, trouble finding skilled workers and competition from countries such as China where workers are paid $35 a day, including food and housing. That’s about what a Canadian steelworker earns in an hour.

Adding to concern for the future is the lingering fear the former Stelco plant here will be closed as part of the U.S. Steel Canada’s financial restructuring now winding its way through the courts. While at least one of the two giants of the Canadian industry is adamant it has a future in Hamilton, the businesspeople who shared Wednesday’s platform with Valeri say there’s more to the business than simply making the metal itself. Walter Krancevic, sales and marketing vice-president at CareGo, said his company started as a firm that simply moved steel from trains to trucks for shipment and occasionally stored coils for brief periods. Today, its success springs from marketing a technology around the world that allows companies to do that work with unheard of efficiency — its own warehouse in Hamilton operates with a single employee to watch over the computers that do all the work.

Called Telia, the technology all but eliminates human workers from the business of storing and locating steel coils while offering huge operating savings. “We’ve found a way to put more steel in less space,” he said. “Our distribution business is alive and well and working, but we think our future is in Telia.” Also alive and thriving, is the business of bashing steel into the shapes required by users such as auto assemblers and parts makers and construction companies. Walter Koppelaar, president of Walters Group, sells structural steel across North America and sees a good future despite challenges in the business. “The skill set we’ve developed in the steel industry is what made Hamilton famous,” he said. “We see a bright future because of that, we have deep roots in Hamilton and we’re not leaving.”

All three panellists agreed one of the largest challenges facing the industry today comes from China — a giant with half of the world’s steel production capacity and a government willing to subsidize the industry as a tool of economic policy. “A steel mill in China is an instrument of the government and isn’t required to make a profit,” Krancevic said, while Valeri added those inefficient plants are kept operating by subsidies from the state. “The Asian countries look at steel as the basis of their industrial economies,” he said. “We welcome the competition, but it’s difficult to compete with the treasury of a state.” In that environment, he said, the path to success is for the companies to focus on the things they can control — things like their own efficiency, relationships with their customers and the skill of their workers. “Our opportunities are in continuous improvement, in uncovering and extracting value from what we do,” he said. Koppelaar added skills training has become a critical piece of the survival equation. “The people we’re looking for in the future are going to be very highly skilled, a college education will be needed for most,” he said. “That’s how we’re going to differentiate ourselves from our Asian counterparts.”

The panellists also offered a shopping list of government aid they say will help the industry: export assistance, dropping the idea of a carbon tax, using the North American Free Trade Agreement to oppose the “Buy American” program in the United States, stabilizing exchange rates and the price of oil and greater support on the development side of research and development — that’s the part that turns ideas into actual products and cash flow.