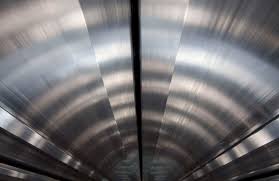 Ford Motor Company just  reached a new deal with Alcoa Inc. to expand its use of aluminum in the car maker’s F-150 pickup truck and other vehicles, a leg up for the lightweight metal in an industry that has long favored steel.

The agreement will allow Ford to use more sophisticated aluminum alloys that will debut this year on the company’s top-selling truck and eventually find their way to other Ford models over time. The No. 2 U.S. auto maker already uses aluminum from a number of suppliers for the F-150’s body. Alcoa’s new aluminum-casting technology will allow the Dearborn, Mich., auto maker to make more parts–such as fenders–using the metal, company officials said on Monday. Terms of the deal weren’t disclosed.

For Ford, the deal expands an already more aggressive embrace of aluminum than rivals. The F-150 truck, the company’s best-selling and most profitable model, is the industry’s first mass-market vehicle with an aluminum body. Using the metal, Ford cut the truck’s weight by about 700 pounds compared with a prior model and boosted fuel efficiency by between 5% and 29%. Raj Nair, Ford’s product chief, said, he sees tremendous potential in using aluminum. “The fact that we’re collaborating on technology at this scale shows a pretty big commitment on both our parts.” The contract is crucial for Alcoa, the largest U.S. aluminum producer by volume, which aims to grow its automotive-aluminum sheet business to $1.3 billion in 2018, up from $229 million in 2013. Deals like the one struck with Ford would help it combat falling aluminum prices and a weaker economy in China, a big aluminum purchaser.

Alcoa’s casting technology allows for alloys that are easier to shape than traditional aluminum, according to Ford and Alcoa, making it a prime candidate for complex parts like fenders and door-panel interiors. Alcoa says it hopes this new process will allow it to compete for more car parts than once thought. Aluminum is mostly found in engine parts, hoods and truck lids. But that could soon change with car makers facing tougher U.S. fuel-economy targets.going forward A 2014 report by Ducker Worldwide estimated 18% of all vehicles will have aluminum bodies by 2025, compared with less than 1% now.

Still, some analysts have questioned whether Ford’s bet on aluminum will pay off in an era of low gasoline prices. Other car makers have been more reticent about the switch. Fiat Chrysler Automobiles NV had considered building its new Jeep Wrangler with an aluminum-body but has since backed away from those plans, opting to use some aluminum parts instead.

Alcoa has invested more than $500 million to expand its plants in Tennessee and Iowa. In the second quarter, the global rolled products division, which makes aluminum sheets for the auto and beverage-can industries, reported operating earnings increased 9% to $76 million, led by growth in automotive shipments. A large part of Alcoa’s business is still wrapped up in producing raw aluminum. The price of raw aluminum is down around 25% in the past year, to around $1,500 per ton.

Alcoa’s stock price, in turn, has fallen to under $10 from over $16 a year ago. Chief Executive Klaus Kleinfeld has focused on growing dozens of niche downstream businesses that make everything from airplane screws to truck wheels. A new process that Alcoa calls Micromill allows it to cast molten metal straight onto a conveyor belt where it is flattened into coils that are sold to the auto industry. Currently, aluminum makers have to first cast the metal into slabs before rolling the slabs into coils.

This new casting technique is similar to that employed by the steel industry. Alcoa engineers say it allows greater control and flexibility over the alloy chemistry and processing temperatures to strengthen the material. Mr. Kleinfeld said Alcoa could now make car parts out of aluminum that would have been “not possible” previously. He said Alcoa has “development agreements” on new aluminum products with nine auto makers, including Ford. Alcoa said it would license its new aluminum-making process in collaboration with Danieli Group, an Italian builder of aluminum production lines.