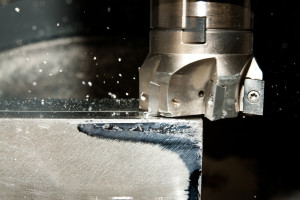 In an industrial scenario where the demand for productivity and high quality of the manufactured parts go hand in hand, it becomes crucial to equip machines with forefront diagnostic and control systems. In this article, we describe a system that has all the papers in order to lay the bases for an irremissible standard characteristic.

During the phase of manufacturing cycle definition, it is very complex to foresee vibrational problems that are very often faced by modifying machining cycles or manually varying cutting parameters. Concerning this, a system able to act in real-time is essential.

The main issues treated in European projects’ calls about manufacturing, especially the so-called “factory of the future”, seem to outline concepts of advanced monitoring and maintenance as well as the system automation and integration. From the Italian point of view, the MUSP laboratory in Piacenza stands out as excellence strongly focused on those themes. Precisely in this research centre, in fact, they give birth to an innovative solution for the control of unstable vibrations in milling.

UNSTABLE VIBRATION, TECHNOLOGISTS’ NIGHTMARE
It is necessary to state that all stock removal operations undergo vibrational phenomena. The periodicity with which cutting edges (in case of milling) remove material from the part under machining and the mechanism itself of chip formation are only some of the causes that contribute in generating vibrations, causing often invisible signs on the machined surfaces. Besides, under particular conditions, it is possible that the interaction between cutting process and machine structure gives rise, during the stock removal, to a particular unstable vibrational phenomenon that, unlike the examples above listed, causes unstable vibrations of much bigger amplitude and actually too high to grant an acceptable finish; moreover, in some cases it may determine the damaging of plates, tools and machine members (like spindle bearings and so on.). Today, there are no machine tools with a control system able to solve the described vibrational phenomena autonomously. By the MUSP laboratory in Piacenza, a team of researchers has developed a real-time control system for the recognition and the mitigation of vibrations intended for stock removal machining operations (turning and milling).

A PROTOTYPAL MACHINING CENTRE, A GLANCE AT THE FUTURE
The 4-axis milling machine on which they have implemented and tested the control system features exclusive characteristics; in particular, the sensors inside the spindle can detect relevant vibrational phenomena.
The “sensorial” equipment of the machine is completed by a microphone mounted above the machining volume, an electrical power sensor purposely studied by the MUSP laboratory to measure phase voltages and currents for each machine axis (spindle included) and an interface for the bidirectional exchange of data between NC and external controller. Such interface, finally, takes care of the acquisition and processing of data coming from sensors, in order to monitor and to control the cutting process.

THE INNOVATIVE CONTROL SYSTEM
Developed inside the national research project Michelangelo and supported by the collaboration of some sector companies (Mandelli Sistemi, Capellini Electrospindles), the system is hosted by an external processor based on PC architecture with real-time operating system. This unit performs the acquisition of data coming from external sensors and from the machine NC, their processing and interpretation and the communication with the numerical control to close the control loop. Such operations are aimed at establishing machining conditions in real time and at determining the eventual corrective actions to be undertaken.
More in detail, the system is constituted by two fundamental interpretative processes of sensors. On one hand, the acquired signals are mathematically processed to draw some numerical indicators synthesizing and highlighting some essential characteristics. Afterwards, an innovative monitoring algorithm uses these indicators to determine the machining state and the implementation of the correct control strategy of vibrations, whenever necessary. The approaches that the controller implements are two particular techniques to modify the rotation speed of the spindle: on one hand, the static speed regulation with adaptation of the feed rate or Spindle Speed Tuning, on the other hand, the sinusoidal speed modulation around the set point or Spindle Speed Variation according to the conditions in which vibrations are generated.
The optimal strategy choice, as well as the modification parameters of the rotation speed, are granted by the whole of formalized rules and knowledge with which the control algorithm was structured. Some of the aspects that the supervision system can currently recognize autonomously concern the machining cycle beginning, the engagement phases of the tool in the piece, the onset of unstable vibrations (chatter) and the control action to be communicated.

CONTROLLED MACHINING PROCESSES
They chose two target materials, with which to carry out tests, to the ends of the experimental analysis: steel and aluminium. In this way, it was possible to test the controller ranging from the typical cutting speeds of the first material (approximately 100 m/min) to the much higher speeds of the second (roughly 1000 m/min).
The goal, as already said, consists in modifying the main process parameters, automatically and in real time, through the controller. To make an example, we report in the image below two of the instable machining executed on steel (left part) and aluminium (right part). As soon as the unstable phenomenon develops, the controller acts promptly and stabilizes the process, choosing and implementing the suitable regulation technique. In both cases, emerges the almost total reduction of the vibration level and, in case of sinusoidal modulation, the iterative research of the optimal amplitude and frequency parameters. This is clearly visible if we analyse the surface finish of the parts proposed in the figure and it is also possible to notice the grooving effect that the initial instability produces on the piece.
During the entire experimental campaign, they have surveyed performances of great timeliness and effectiveness both from the point of view of the chatter identification and of the choice of the strategy and of the parameters with which to act on the process.

CONCLUSIONS
The absence of complex statistical and dynamic analyses coupled with the simple interfacing with the machine control are only some of the points in favour of the system in which the Piacenza laboratory is investing.
Further developments are currently in engineering phase, the target consists in strengthening and widening what already defined, adding new functions and improving the system integration with the machine itself (just consider the error and safety management in case of malfunction). Considering forefront applications of Condition Based Maintenance as guidelines, the target is to reach a broader control level, making the machine smarter and smarter and able to manage its operations autonomously.

Once ended the experimental testing phase and the following one of tests on the field (currently in the starting phase) we believe that it will turn out to be an irremissible instrument for those industrial ambits that strongly need innovation.