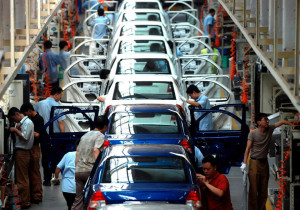 Japan-based Mitsubishi Motors Corporation is going to invest around USD600m to construct a new assembly plant in Indonesia. The funds will be used for the development of a new vehicle for the market.

The new facility is to be situated at an industrial park east of Jakarta and will have an annual production capacity of 160,000 vehicles, with the possibility of expanding this to 240,000 units in the future. Mitsubishi is to start production of the vehicle in the first half of 2017. The facility is to produce two commercial vehicles and a new eight-seat MPV.