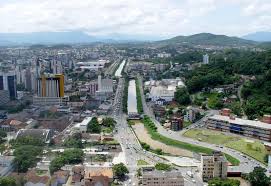 Messe Brasil and Fiesc, the industrial federation of Santa Catarina State, have officialised the decision of grouping and aggregating the two Metalurgia and Powergrid exhibitions in the same days, from next 14th to 19th September. The first is dedicated both to the casting industry and to the iron metallurgy, to the aluminium machining and related services. The second is instead strongly oriented to energy and to the technologies intended for the energy sector.
Both will then take place in Joinville, the third most populous municipality of the southern regions of Brazil after Curitiba and Porto Alegre, in the State of Santa Catarina, in the Expoville Halls, from 16th to 19th September 2014. The opening hours go from 2 to 9 p.m., local time.