The Associated Chambers of Commerce and Industry of India (ASSOCHAM) urged the government to loweriron ore prices by 25% to help domestic steel industry. 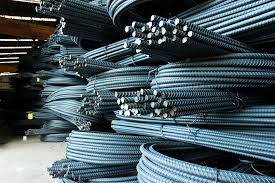 Asian economies like China, Japan and Korea have become more competitive and are exporting steel to India at throwaway prices due to drop in platts iron ore index thereby creating huge problem in India and posing threat to survival and sustainability of domestic steel industry, noted ASSOCHAM in a communication addressed to Union Steel and Mines Minister, Mr Narendra Singh Tomar.

India’s leading iron ore producer, National Mineral Development Corporation (NMDC) is charging 25 per cent higher charges as compared to other iron ore miners based in Odisha which is adversely impacting domestic steel industry, said Mr D.S. Rawat, national secretary general of ASSOCHAM. Though NMDC has reduced prices of iron ore lump and fines (from January 2015) which are in line with those prevailing both in Odisha and international market, however the state-run miner is still charging much higher prices for iron ore fines.

Suppliers from Odisha are offering 63 per cent Fe iron ore fines at the rate of Rs 2,150 per ton in comparison to Rs 2,340 (together with Rs 351 for royalty) charged by NMDC which is higher by about Rs 500-600 per ton, noted the ASSOCHAM letter addressed to the Union Minister. Moreover, iron ore prices in international market have been dropping continuously and it had also dropped substantially in March this year. The platts index in global market has fallen from $63 per ton to $54 per ton i.e. by Rs 550 per ton approximately i.e. from March 1, 2015 to March 26, 2015, further highlighted the ASSOCHAM letter.

India’s steel industry is reeling under severe pressure, on account of sluggish economic recovery and various factors impacting external and internal environment like higher prices of iron ore due to its shortage in the country owing to Supreme Court‘s intervention.