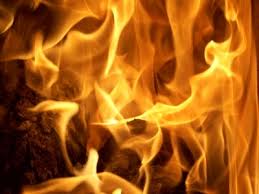 A vast market for fire protection coatings, especially water-borne cellulosic intumescent coatings, is growing in Asia-Pacific and North America. While cementitious coatings are inherently fire resistant and provide adequate fire insulation for a period, intumescent coatings are proving more reliable and efficient. Their superior protection and aesthetic properties, along with the rising adoption of international fire standards by governments and insurance companies in the Middle East and Asia-Pacific, are accelerating the uptake of the higher-priced intumescent coatings. Additionally, a continued rise in the use of exposed steel in commercial architecture in developed countries of North America and Europe, which are preferably protected by cellulosic intumescent coatings, contributes significantly to the growth prospects of these products.

“There is huge demand for water-borne coatings in the cellulosic fire protection market with environmental bodies such as the US Environmental Protection Agency (US EPA) and Registration, Evaluation, Authorization & restriction of Chemicals (REACH) of the European Union mandating the use of low volatile organic compound coatings. However, solvent-borne or water-borne coatings are susceptible to humidity and varying climatic conditions and, hence, are relatively ineffective in external applications as compared to high solids epoxy coatings,” said Frost & Sullivan Visionary Science Research Analyst Christeena Thomas. “Manufacturers are responding to this product shortcoming with hybrid intumescent coatings that are solvent-borne and epoxy based. These new breed of coatings can not only withstand weather changes, but also provide effective fire protection to the substrates.”