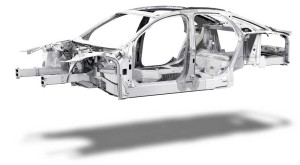 Aluminum is in a golden time this year as changes in the U.S. auto industry bring about a long-awaited equilibrium in supply and demand, traders say.

“We’re in that sweet spot of supplies finally getting rid of the overhang and demand, particularly from the auto industry, picking up considerably,” David McAlvany, CEO of McAlvany Financial Group said.

For nearly a decade the base metal suffered from a chronic supply glut, but 2014 marked a significant turning point thanks to production cuts outside of China. The January-to-October market deficit stood at 542,000 tons in 2014, a drastic turnaround from a surplus of 570,000 tons in 2013, according to the World Bureau of Metal Statistics (WBMS). However, surplus from China, the world’s largest aluminum producer, remained a headwind.

“Now, with some significant changes in the U.S. auto space, we see demand picking up as well,” McAlvany said, which should balance out excess Chinese output. Mainland production is seen rising an annual 10.7 percent this year, Platts reported on Monday citing metal research firm Beijing Antaike.

U.S. fuel economy laws stipulate that cars must average 34.1 miles per gallon (MPG) by 2016, from 27.5 MPG currently. By 2025, that target must hit 54.5 MPG. To achieve these targets, car makers will have to embrace several long-term changes, noticeably the use of aluminum and composite materials to make lighter vehicles.

Major manufactures have already jumped on board. In October, Fiat Chrysler CEO Sergio Marchionne said that its new range of Jeep Wranglers will switch to aluminum bodies from steel. Meanwhile, Ford CEO Mark Fields told CNBC at the Detroit Auto show on Monday that the company’s decision to switch its most popular truck model – the F150- to an aluminum body has been well received.