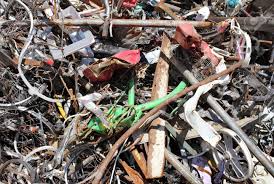 Singapore officially inaugurates its first-ever metal recycling facility on December 1st. The facility is considered as a first step in the country’s efforts to become a Zero-Waste nation in the near future.

The recovery facility has contributed to 10% reduction in incineration bottom ash (IBA) since it started working in July. The waste sent to Semakau Landfill-Singapore’s only landfill has reduced by nearly 10% during this period. The facility is expected to play a bigger role in extending the life of the landfill beyond the earlier estimated 2035. Around 14,000 tonnes of metal has been recovered by the facility till end-October. REMEX processes nearly 1,800 tonnes of incineration bottom ash every day.

The facility is part of the National Environment Agency’s (NEA) long-term strategy to manage solid waste in Singapore. The metal recovery facility uses magnetic and eddy current separators to recover ferrous metals and non-ferrous metals from IBA generated by Singapore’s incineration plants. The magnets installed at the facility are capable of processing metals from pieces as small as 2 millimetres.

Upon inaugurating the facility, Singapore’s Minister for the Environment and Water Resources Masagos Zulkifli stated that the facility is a critical component of the country’s long term plan to become a Zero-Waste nation.

The facility, which employs about 40 staff, is operated by Remex Minerals Singapore, a subsidiary of German firm Remex Mineralstoff GmbH, which runs similar metal-recovery facilities in the Netherlands and Germany.