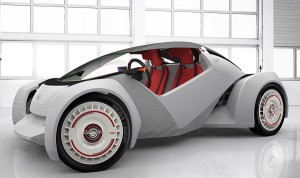 North America is still the forerunner while the European and Asia Pacific markets seem to be held back for obvious reasons, such as lack of exposure to the technology–and as is expected in the beginning–an initial reluctance by many. According to this report by MarketsandMarkets, however, in the future, as far as automotive is concerned, we will be seeing a seismic shift in the current scenario. Europe will pull out into the forefront, with North America projected to fall into at least third place, behind Asia-Pacific. This concept has been brought to the surface before regarding patents that soon expire and allow for new manufacturers to step into place. In Europe, it is indeed expected to be the automotive 3D printing market that sees the huge spike–predicted at 30.29% from 2015 to 2020. As for what will be driving the market, exciting new 3D printing materials will drive activity up, as well as innovation, along with affordable product development.

The report does indicate that some of the same issues we see in 2015 may linger, such as high initial investment, lack of standards in processes and quality materials. Affordability has been a big topic regarding the 3D printer and its subsequent and continual rise in popularity. While at first it was an intimidating technology with an intimidating price tag, much of that has changed with a much more mainstream attitude nearly everywhere as well as a 3D printer that can be matched to nearly anyone these days for both price and skill level. Not surprisingly in terms of material, metal 3D printing is expected to overtake that of 3D printing with polymers. A process using a material that allows for great durability and strength, its attributes speak for themselves. The report sees sales for 3D printers rising quite exponentially, to the tune of 36.03 % in the next five years. Who will be buying all these machines? Everyone, pretty much. From engineers to hobbyists, it’s going to turn into a question of who does not have a 3D printer at the desktop.