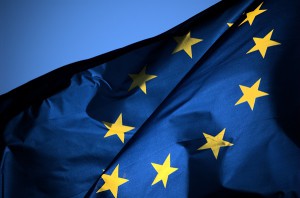 New EUROFER president Robrecht Himpe, executive vice president of ArcelorMittal Europe, impressed on delegates at European Steel Day the need for fairness in C02 reduction targets. An important theme on the eve of European elections. He said that realistic targets should be set for the foundation industries, including steel, in common with other emissions trading systems around the world. According to Himpe, the EU steel industry can further reduce emissions beyond what it has already achieved, provided significant technological investments are made.

“This investment requires improving economic conditions that will come with higher steel demand and manufacturing growth, which in turn requires a global level playing field for trade,” he said, adding that a realistic energy and climate plan – together with an industrial policy and fairer trade policies – should create a framework that encourages Europe’s economic growth in a number of different ways. At present, the EU’s energy and climate plan adopts “a one size fits all” approach and this is not acceptable, Himpe argued.

Himpe told delegates that the European steel industry needed the support of EU policymakers to create an internationally competitive environment but that there are proposals that damage the industry. He said that the steel industry and European policymaking would achieve more by creating a win-win situation “to serve Europe, its manufacturing industries, its people and governments”.

Where trade was concerned, Himpe said that it is essential to take the necessary steps to ensure that steel imports enter the EU market on a fair basis. “We fully support a fair level playing field, which allows local producers to compete under the same conditions in domestic and international markets,” Himpe said.