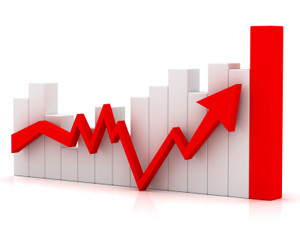 Steel imports continued to target the EU market despite still relatively weak demand, low domestic prices and the weak Euro in the second half of 2015. EU steel consumption grew 2.7% y-o-y in Q3-2015. This mild increase in apparent demand basically reflects the impact of increasing inventories. The 29% y-o-y rise in imports in Q3 was too much to be fully absorbed by end-users. With real steel consumption stabilising around the level of a year earlier, the oversupply on the market ended up in stocks.

EUROFER Director General Axel Eggert said: “As feared, EU steel mills continued to struggle under these market conditions. The sharp rise in imports and a 13% drop in exports pushed total deliveries by almost 4% down compared with the same period of 2014. Ample global supply and the related fiercening fight for tonnage between suppliers depressed steel prices and fuelled uncertainty in the market”. Meanwhile, customs statistics for Q4 signal that exports fell further, whereas imports continued to rise, thereby exceeding the already high average monthly import levels registered in Q2 and Q3. This compounded the impact of seasonal destocking in the final quarter of 2015 with steel buyers reducing stocks as much as possible. Q4 apparent steel consumption stagnated around the year earlier, weighed down by heavy destocking. Total apparent consumption is estimated to have grown by 2.3% in 2015.

The outlook for 2016 and 2017 is for a gradual further improvement in EU steel demand. Mr. Eggert commented: “The expected steady strengthening of end-user activity should translate into a mild growth of steel demand of on average almost 1.5% per annum. However, the key uncertainty with respect to actual market conditions for EU steel mills is third country exports. China should stop exploiting the export channel for its overproduction due to domestic steel demand having peaked. If this continues, EU mills will lose further market share, not only in the EU but also in their key export markets”.