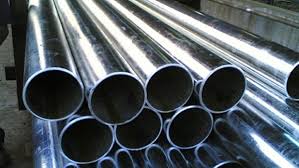 The Definitive Regulation for anti-dumping case AD635 on Hot Rolled Flat (HRF) steel from five countries was published in the EU’s official journal. “The European Commission’s handling of this case has been highly unusual. The evidence submitted provided incontrovertible proof that dumping was occurring, that this was causing injury to Union industry, and that there was a causal link. The imposition of ad valorem duties –a percentage on the import price – would have been the logical measure based on EU anti-dumping law”, said Axel Eggert, Director General of the European Steel Association (EUROFER). “What we have now is a significantly reduced level of protection from dumping”.

“The Commission declined to impose provisional measures in April this year – contrary to normal practice – and initially proposed a uniform MIP set well below current market rates as the final measures”, stated Mr Eggert. In September, member states massively rejected the ‘MIP’ plan, the first time the Commission has ever had a proposed anti-dumping measure turned down so decisively. Only after member states flatly rejected the MIP proposal were definitive fixed duties proposed. The fixed duties imposed range from between €17.6 and €96.5 per tonne. “These fixed amounts are well below what the normal and more effective ad valorem formula would deliver”, added Mr Eggert. “Inexplicably, Serbia remains excluded from any measures, despite being home to a large, state-owned, state-run Chinese steel producer.”

“Fixed duties are better than the absurdity of having a single MIP for a product that comes in thousands of different grades. This whole episode weakens the anti-dumping procedure even as the EU seeks to successfully modernise its Trade Defence Instruments and make measures more, instead of less, effective”, concluded Mr Eggert.