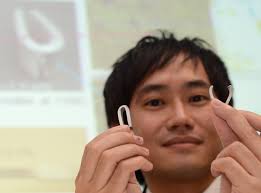 This new material is stronger than existing aluminium, cheaper and lighter than steel, and can also be used with insulation panels designed to produce a building envelope system that is safer, cheaper, more energy-efficient and easier to mount. The project is now undergoing its final phase and is expected to complete in 2015.

Fiber Reinforced Aluminium can be used for a wide range of applications primarily in construction as an alternative to steel and cement, and also in electronic products, automobiles, aircrafts, building materials, thus it has the potential to significantly increase aluminium’s global applications.

“Fiber Reinforced Aluminium (FRA) is a mixture of carbon fiber and aluminium. If used together with a phase-change material (PCM), it creates a smart building envelope system which will effectively reduce indoor temperature fluctuation, and halve labor costs and construction time compared to conventional systems built mainly from steel and cement,” said Professor Yui-bun Chan, the leader of the research project. “Aluminium is a light-weight and rust-resistant material.  However, its use in construction today is confined largely to window frames due to its soft texture.  On the other hand, steel is strong with high loading but is heavy, expensive and prone to rust,” he added.

Industrialists have long looked for a way to merge carbon fiber with aluminium, Prof Chan’s research team has managed to change the composition of carbon fiber by using nano technology, which allowed it to perfectly integrate with other substances like aluminium. This breakthrough is set to create a whole range of new materials with much wider applications. The new carbon-fiber aluminium, for example, can be used to produce a greener, cheaper and lighter building envelope.