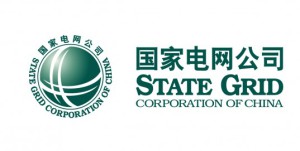 In the next five years, northwest China’s Xinjiang region will invest 200 billion yuan (31 billion U.S. dollars) in building power grids to connect the region to the country’s east, Pakistan and central Asian countries.

Resources-rich Xinjiang Uygur Autonomous Region, the core area for the Silk Road Economic Belt, will create power transmission lines by 2020 as it builds the “Power Silk Road”, said a source with the Xinjiang Electric Power Company under the State Grid Corporation of China.

The grid projects are an important infrastructure plan for the region, guaranteeing power supply for local residents and enterprises in Xinjiang, said the company.

To build a global energy network coincides with the trend for low-carbon, efficient and balanced energy distribution, said Zhao Qingbo, an analyst with the State Grid.

Rich clean energy like solar and wind power must be integrated into grids to realize large-scale development, said Zhao.

The implementation of the Belt and Road Initiative will push the interconnection of grids in Asia, said Liu Xiaosheng, a professor of electric engineering at the Harbin Institute of Technology in Heilongjiang.

The China-proposed initiative refers to a trade and infrastructure network connecting Asia to Europe and Africa through the Silk Road Economic Belt and the 21st Century Maritime Silk Road.

It is estimated that from 2016 to 2030, China’s annual investment in clean energy and related infrastructure will reach 820 billion yuan.

By the end of 2020, China aims to increase non-fossil energy to about 15 percent of the total primary energy consumption and raise the share of renewable energy in production.

In 2020, China’s installed hydro, wind and solar power capacity will reach 350 million, 240 million and 100 million kw, mainly in the west and north regions. The current operating capacity is around 482 million kw in China.

Global energy network construction faces some practical problems such as the high cost of clean energy in the short run, huge investment and operating models in the field, according to industry analysts.