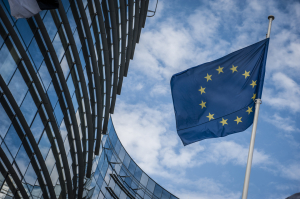 Matching the EU environmental agenda with the trade strategy, CECIMO states. The association expressed its full support for a Transatlantic Trade and Investment Partnership agreement (TTIP) which is under negotiation between the EU and the US.  “The removal of tariff and non-tariff barriers can eliminate unnecessary burdens on exporters of machine tools without jeopardizing the level of protection, safety and the performance of machines,” stated Mr Jean-Camille Uring, CECIMO President.

Freer and more open trade between the two sides of Atlantic will create a level playing field and will stimulate competition based on the delivery of the highest level of innovation in production technologies. Mr. Martin Kapp, CECIMO Vice-President affirmed: “TTIP can play a significant role in promoting a genuine manufacturing renaissance across the Atlantic.” CECIMO advocates that the priority should be given to the harmonisation of regulatory requirements in the area of health, safety and environment, and to the use of consensus-based international standards as the basis of regulations. Moreover, appropriate consultation and notification mechanisms should be put in place to ensure the alignment of future legislations. Other priorities for CECIMO are the simplification of customs procedures, the removal of barriers to the mobility of the professional personnel and investment protection.

CECIMO also called on European policy-makers to fully integrate the global market reality when applying the Ecodesign Directive to highly export-oriented business-to-business sectors such as machine tools. Technical requirements which do not meet user demand in export markets may have a negative impact on the competitiveness of the sector. Furthermore, overly-prescriptive ecodesign rules may even compromise the productivity, accuracy and performance of machines which are the core procurement criteria for customers all over the world. More than half of the European machine tool production is exported outside the EU. “The international dimension of the machine tool business and its global competitiveness should be placed at the heart of discussions,” stated Mr Luigi Galdabini, CECIMO Vice-President. The sector generates a trade surplus worth 9.5 billion euro and contributes to the EU trade balance.

Given the technical and market characteristics inherent to the machine tool industry, Ecodesign can be best achieved via stimulating market-based competition with reference to international standards.. Therefore, CECIMO has proposed a self-regulation measure (SRM) to the European Commission based on the principle of manufacturers’ self-assessment. CECIMO’s SRM proposal received positive feedback from member state representatives at the Ecodesign Consultation Forum in summer this year, but awaits the Commission’s final evaluation.

Ecodesign became one of the major components of the Circular Economy package recently proposed by the Commission. CECIMO is of the opinion that, in order to remain competitive, Europe has to develop along the lines of sustainable consumption and production. As the Commission and the European Parliament discuss introducing resource-efficiency criteria in the future review of the Ecodesign legislation, CECIMO called on them to carefully consider market acceptance, technology readiness, the existence of industry standards and the aspect of global competitiveness. Incentives for competition and innovation have a far greater potential to deliver resource-efficiency in industry.

The European Council of 21 March 2014 concluded that Europe needs a strong and competitive industrial base, in terms of both production and investment. CECIMO underlined that the integration of this strategic objective in all EU policy areas will be key for sustaining European leadership in the global machine tool production and exports.