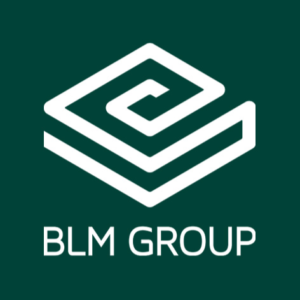 An efficient use of the production equipment depends on the ease and functionality of the programming software. For this reason we make continuous efforts to simplify the existing capabilities and to develop new useful features.

Management of bent parts
The integration of tube bending and laser cutting technologies is going on, too. With the new Artube3 version you can import a tube and then decide whether to process the part on a cnc bender, or on a laser machine using ‘bend-cut’ technology. Or the opposite operation is possible: where you import a three-dimensional drawing of a single tube assembly made of tube lengths with different angles, you can create the whole part as a single tube cut with the ‘bend-cut’ technology, or even turn it into bends to be produced from a single tube on a tube bender. This integration of different technologies grants the operator great flexibility in the manufacturing of tubular elements. Consider, for example, that customers owning just a laser system will be able to draw bent pieces and make simulations without the need of a bending subcontractor.

Common cut
The horizons of the common cut are being broadened. It’s well known that due to wall thickness issues it is geometrically impossible to obtain two identical ends on adjacent parts when cutting 2D unless you are cutting perpendicular. This does not mean that the end result is always unacceptable. In our experience there are situations in which a small deviation from the theoretical geometry would be no effect on the use of the parts and it would be extremely useful to use the common cut to save on material. Think of the cutting of thin expensive copper or brass tubes, where the need to minimizing waste is paramount. The new Artube3 version solves this problem by introducing a threshold of maximum acceptable deviation from the theoretical geometry in evaluating the feasibility of common cut. It is an important revolution that involves both software and Lasertube machines which must take into account the information coming from the programming system.

Importing 3D-formats: further news
The approach to importation of three-dimensional models has been changed with Artube3. The drawings imported with the Artube3 become three-dimensional parametric models identical to those drawn by its CAD module; geometric changes of any kind can be made directly in the Artube3 itself. Today the import process is so reliable that complete programs can be created without opening the programming software. In this new version a ‘batch service’ lies inactive waiting for 3D drawings to be moved into a specific folder on the programming PC. When files arrive the service is automatically activated and imported files are processed and programs generated for the Lasertube, unmanned.

Context-based interface
The Artube3 interface has been designed using a ‘context based logic’. This new, cleaner interface only displays objects that available for use on the task at hand. For each object (tube, single machining, or special operation) a context menu has been generated to guide the user through a simple and intuitive sequence. Programmers don’t waste time searching through a sea of unnecessary icons. Result: the time to learn the programming sequence is reduced, while at the same time offer better utilization of the software and of the machine capabilities.

Management of frames
The ability to easily work with complex tubular structures is another characteristic of Artube3. “From design to programs with a single click!” is the effective slogan used by ADIGE to describe how simple it is to identify and process individual tubular elements within a structure. Many new features have been developed to easily manage 3D assemblies that are now frequently found in the in the world of tube laser cutting. Artube3 also simplifies production planning by adding the software to manage the programming and production of the entire frame with its many varied components.