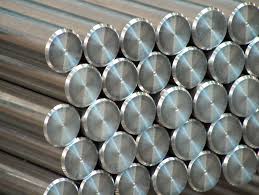 The Aluminum Association announced an expanded leadership team and additions to its Board of Directors during “Vote Aluminum” – its annual member meeting in Washington, D.C. “This is a pivotal time for the domestic aluminum industry – with tremendous demand side opportunities but also significant challenges on the global trade front,” said Garney Scott, President & CEO of Scepter and Aluminum Association Chairman. “These new additions to the Association’s leadership will be tremendously helpful as we work together toward a sustainable future for the industry.”

Marco Palmieri, President of Novelis North America was unanimously elected as the Association’s new Second Vice Chairman. Mr. Palmieri will join Mr. Scott and Michelle O’Neill, Vice President of Government Affairs and Trade Policy at Alcoa on the Association’s Executive Leadership team. “I am very pleased to accept this leadership position with the Aluminum Association,” said Palmieri. “We have a great opportunity to collaborate even more across the US aluminum industry to advance positive change in areas including innovation, automotive and trade, and I’m excited to be a part of that.”

Mr. Palmieri is Senior Vice President and President, Novelis North America. Novelis is the world’s largest recycler of aluminum and produces rolled aluminum products such as beverage cans, automobiles, architecture and consumer electronics. Appointed to this position in May 2013, he leads all aspects of the company’s business in the region. Mr. Palmieri joined Novelis in August 2011 following his role as Aluminium Business Director for Votorantim Metais Ltda and more than 25 years with Rio Tinto Alcan. “Marco is a tremendous leader and one of the top voices in the aluminum business today,” said Heidi Brock, President & CEO of the Aluminum Association. “We are incredibly fortunate to have him serving in this key leadership role for the Association and I think he’ll bring unique ideas and perspective on the many issues we face as an industry.”

The Aluminum Association Board of Directors is comprised of a number of top executives from a wide cross-section of the aluminum industry. The Board volunteers its time to provide strategic guidance and direction to the organization — setting goals, priorities and action items to best serve the interests of the entire industry.

New members named to the Board of Directors Class of 2019 were:

New members named to the Board of Directors Class of 2018 were:

The leadership changes come at a time of continued domestic demand growth for aluminum. According to the latest industry data, the North American aluminum industry shipped nearly 26 billion pounds of aluminum in 2015, the most since 2007. Since 2013, member companies have announced domestic plant expansions and planned investment totaling more than $2.6 billion to meet anticipated demand growth for aluminum in the automotive sector as automakers strive to make better-performing and more fuel-efficient vehicles.

However, challenges remain, particularly with an oversupply of carbon-intensive aluminum coming from China. A recently released economic impact report found that while overall employment in the U.S. aluminum business is up, employment in the alumina refining and primary aluminum segment has dropped dramatically – from more than 12,000 primary production and alumina refining jobs in 2013 to around 5,000 today – a near 60 percent drop in 3 short years.

The Aluminum Association is committed to highlighting unfair and unsustainable trade practices to ensure the continued health of domestic and global markets. Recent actions include the initiation of an International Trade Commission investigation into the global marketplace and partnership in the launch of a new coalition – the Manufacturers for Trade Enforcement.