University of Pennsylvania‘s researchers have made an advance in manufacturing molybdenum disulphide, a 2-D material that could compete with graphene for replacing silicon in next-generation electronics. By growing flakes of the material around ‘seeds’ of molybdenum oxide, they have made it easier to control the size, thickness and location of the material

Graphene, a single-atom-thick lattice of carbon atoms, is often touted as a replacement for silicon in electronic devices due to its extremely high conductivity and unbeatable thinness. But graphene is not the only two-dimensional material that could play such a role.

Now researchers have made an advance in manufacturing one such material, molybdenum disulphide. By growing flakes of the material around “seeds” of molybdenum oxide, they have made it easier to control the size, thickness and location of the material. Unlike graphene, molybdenum disulfide has an energy band gap, meaning its conductivity can be turned on and off. Such a trait is critical for semiconductor devices used in computing. Another difference is that molybdenum disulphide emits light, meaning it could be used in applications like LEDs, self-reporting sensors and optoelectronics. 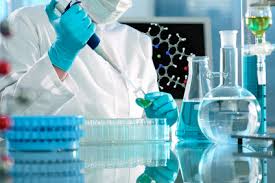 The study was led by A. T. Charlie Johnson, professor in the Department of Physics & Astronomy in Penn’s School of Arts & Sciences, and includes members of his lab, Gang Hee Han, Nicholas Kybert, Carl Naylor and Jinglei Ping. Also contributing to the study was Ritesh Agarwal, professor of materials science and engineering in Penn’s School of Engineering and Applied Science; members of his lab, Bumsu Lee and Joohee Park; and Jisoo Kang, a master’s student in Penn’s nanotechnology program. They collaborated with researchers from South Korea’s Sungkyunkwan University, Si Young Lee and Young Hee Lee.

Their study was published in the journal Nature Communications. “Everything we do with regular electronics we’d like to be able to do with two-dimensional materials,” Johnson said. “Graphene has one set of properties that make it very attractive for electronics, but it lacks this critical property, being able to turn on and off. Molybdenum disulphide gives you that.” Graphene’s ultra-high conductivity means that it can move electrons more quickly than any known material, but that is not the only quality that matters for electronics. For the transistors that form the basis for modern computing technology, being able to stop the flow of electrons is also critical.

“Molybdenum disulphide is not as conductive as graphene,” Naylor said, “but it has a very high on/off ratio. We need 1’s and 0’s to do computation; graphene can only give us 1’s and .5’s.” Other research groups have been able to make small flakes of molybdenum disulphide the same way graphene was first made, by exfoliating it, or peeling off atomically thin layers from the bulk material. More recently, other researchers have adopted another technique from graphene manufacture, chemical vapor deposition, where the molybdenum and sulfur are heated into gasses and left to settle and crystalize on a substrate. The problem with these methods is that the resulting flakes form in a scattershot way. “Between hunting down the flakes,” said Kybert, “and making sure they’re the right size and thickness, it would take days to make a single measurement of their properties”.

The Penn team’s advance was in developing a way to control where the flakes form in the chemical vapor deposition method, by “seeding” the substrate with a precursor. “We start by placing down a small amount of molybdenum oxide in the locations we want,” Naylor said, “then we flow in sulfur gas. Under the right conditions, those seeds react with sulfur and flakes of molybdenum disulphide being to grow.” “There’s finesse involved in optimizing the growth conditions,” Johnson said, “but we’re exerting more control, moving the material in the direction of being 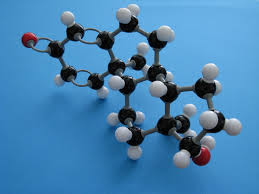 able to make complicated systems. Because we grow it where we want it, we can make devices more easily. We have all of the other parts of the transistors in a separate layer that we snap down on top of the flakes, making dozens and potentially even hundreds, of devices at once. Then we were able to observe that we made transistors that turned on and off like they were supposed to and devices that emit light like they are supposed to.”

Being able to match up the location of the molybdenum disulphide flakes with corresponding electronics allowed the researchers to skip a step they must take when making graphene-based devices. There, graphene is grown in large sheets and then cut down to size, a process that adds to the risk of damaging contamination. Future work on these molybdenum disulphide devices will complement the research team’s research on graphene-based biosensors; rather than outputting the detection of some molecule to a computer, molybdenum disulfide-based sensors could directly report a binding event through a change in the light they emit.

This research also represents first steps that can be applied toward fabricating a new family of two-dimensional materials. “We can replace the molybdenum with tungsten and the sulfur with selenium,” Naylor said, “and just go down the periodic table from there. We can imagine growing all of these different materials in the places we choose and taking advantages of all of their different properties.”