After a dizzy growth in the nineties, hydroforming lived a drastic drop and since 2010 we have been shyly talking about it again. what is the situation of hydroforming plants in the world? the answer is: hydroformig was born at ford’s and it is reviving there. 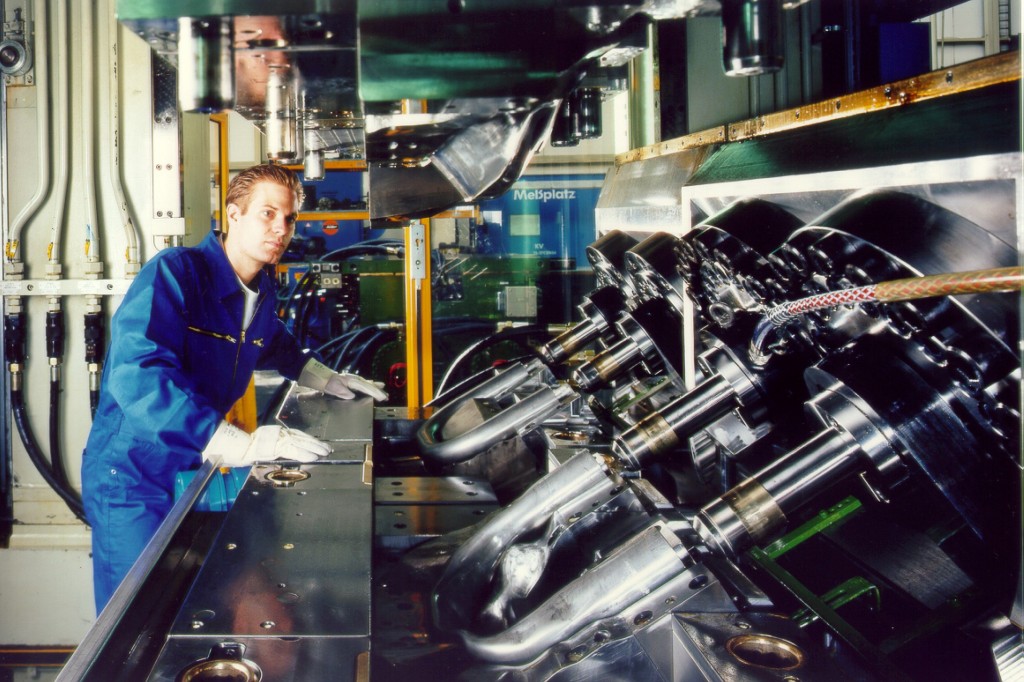 Always attentive to the evolutions of the productive technology, we have been attracted by the revival of the hydroforming sector that had kindled the attention of the productive world at the end of the Nineties, both concerning the number of applications and the possibility that hydroformed components were trimmed with laser systems to execute the separations from scraps and to carry out holes that could not be performed with punching operations. For some years things actually happened as above said: a great development of hydroforming plants (one of our surveys carried out at EuroBlech 2002 highlighted that in the only Germany more than 100 hydroforming plants were installed) some by big automotive companies’, others (the majority) by Tier 1 or 2 service centres, able to serve with continuity the requesting companies; a good part (we are speaking of plants with small volumes) dedicated to marginal sectors such as the industry of bicycles (whose frames were manufactured with this technique to reduce the component weights), as well as to the primary one of hydraulic services that therefore had components with light weight and low costs. The advantages provided by this technology were very relevant because one of the targets of the industries that operate in the sheet metal working was (we might certainly say: is) the drastic reduction of costs coupled with the direct optimization of the product in terms of weight, characteristics of mechanical resistance and rigidity. In the research of alternative production techniques as to traditional ones, expected to be able to provide better results in comparison with the conditions previously mentioned, hydroforming, that’s to say the implementation of hollow bodies with even complex geometries through the use of pressurized fluids, has proved to offer interesting potentialities both from the technical and the economic point of view. We are not describing here again the substantial technical characteristics of this technology but we should instead focus on the reasons for which hydroforming, after a period of strong development astride the Nineties and the end of the century (with average development growths by 30%) lived a sudden standstill and then, with different form, a recovery starting from the beginning of 2010s. This snap rise, with a fast vertical drop, has influenced the prospects of lots of companies and, in any case, we believe that it constitutes an example of a technological boom occurred on the wave of the adventure, without serious prior applicative studies at the base (as demonstrated by our numerous visits in the sector paid in the USA and in Canada, the nations in which entrusted service centres were headquartered). We do no want to seem catastrophic in this preamble: the 2000-year did not mark the death of the hydroforming technique. The message that we would like to transmit here is that a certain production modality of hydroformed components using high-pressure fluids has gradually disappeared as plant engineering technology, even it has remained operational in the implementation of components, but this has not involved the implementation of new plants. For clarity, let us introduce here a note in passing: in the 2000s the production of hydroforming plants did not stop, that happened only for high-quality ones, which might be proposed for developed Western markets like the automotive one; lower-quality productions and machining processes were displaced to Asia: it was surprising to know that the majority of bicycle frames (also produced by renowned European brands) is manufactured by hydroforming in China, in most cases with plants implemented locally. What is then the situation for the evolution of hydroforming plants in the world? (We remind once more that one matter was the impressive downturn of the number of plants while another question was represented by the continuous progress of the production of hydroformed components, with a manufacture concentrated in a small number of subcontracting centres). The answer that we might give now, also to stimulate readers’ curiosity, is: hydroforming was born at Ford’s and it is reviving from there.

From the old to the new hydroforming

It is worth observing that, since the beginning of the development of this innovative technology conceived to generate, starting from tubes (in the particular case treated here), complex shaped structures by using the water pressure, two different techniques were available: the one using pressurized water and the one that instead exploited this component at relatively low pressures. In the first case the tube, after being closed in the die of the hydraulic press, is filled with water with pressure at 1500 – 2000 bars that makes it expand inside the die, then taking its shape (see pic. 1). In the second case, the tube is filled with water at a pressure of 120 – 180 bars before closing the die. In the latter case, then, the material does not collapse, taking the die shape, but simply it is uniformly stretched (thus avoiding the corrugations of the inner surface that are instead frequently present in the high pressure method), like in a pre-forming process. The tube so formed can then undergo a refining process (this time with water at the pressure of about 1000 bars) for its calibration or to execute some openings in it (operation not feasible with the low-pressure technique). On the base of what said, (even if in a very condensed form) we can guess that the high-pressure hydroforming technique was the one more used to manufa 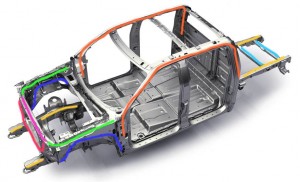 cture complex tubular structures in several sectors, the main of which was automotive. The used materials were prevailingly carbon steels, stainless ones and the first high-strength steels. Several parts for the structural support of cars’ motors and exhaust pipes were manufactured with this technique. At the beginning of the 2000s this application changed, partly because the design simplification of several components did not call for the hydroforming use anymore (let’s think of the typical tubular squared structure supporting the motor), but especially because to reduce the car weight, the automotive industry tended to increasingly use high strength special steels (UHSS or Ultra High Strength Steel), not easily cold-formed. These steels, hot formed, are increasingly becoming the determining elements of car bodyworks (let’s just consider the body pillars A, B, C, and D). The American company Ford, among the first that used the high-pressure hydroforming technique, was also among the forerunners that introduced hot-formed UHSS steels. Recently, it has however revised the use of these structures that had been devised to lighten the weight of cars and also to improve their stiffness, and then safety, conditions. Ford engineers have in fact realized that, in case of frontal collisions among vehicles, these high strength steel parts on one hand protected the passengers but on the other hand they caused big problems to rescuers in cutting these structures to extract occupants themselves. The solution that Ford engineers are using in several models produced and used in the United States (nation in which all the elements concerning the safety matter in the use of cars are highly considered) consists in replacing the central B body pillar (in station wagon, models also the D one) and the frame of the car roof, made of hot-formed sheet metal, with simple tubular elements (still made of high strength steel) formed by low-pressure hydroforming. These elements show the same characteristics of resistance of hot-formed sheet metals, contribute in the further decrease of the car weight and can be easily deformed (without cutting operations) to be able to extract people remained trapped in the eventual accident. Unluckily we could only see the 3D designs and the photos of these new hydroformed components, but we did not obtain the authorization to publish them. Out of curiosity, we kindly ask the readers of this review who are going to buy Mondeo, Fusion or Galaxy cars produced in the USA to ask the dealer which type of B pillar (also D for the Galaxy model) they use. 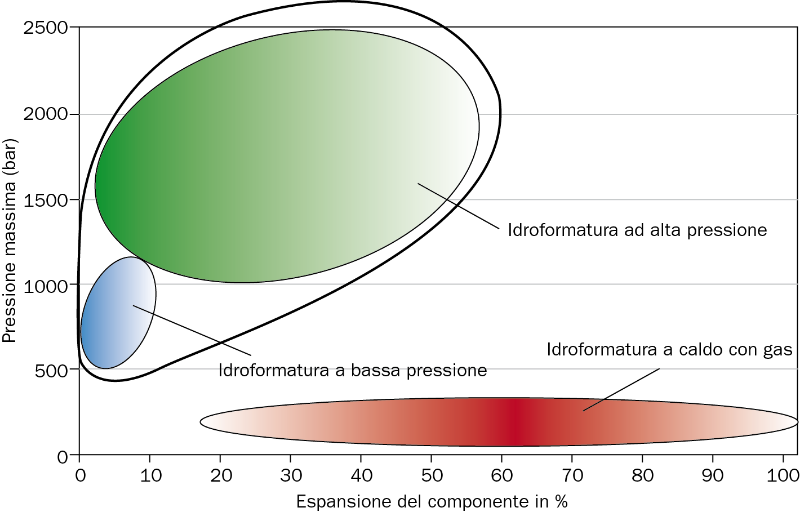